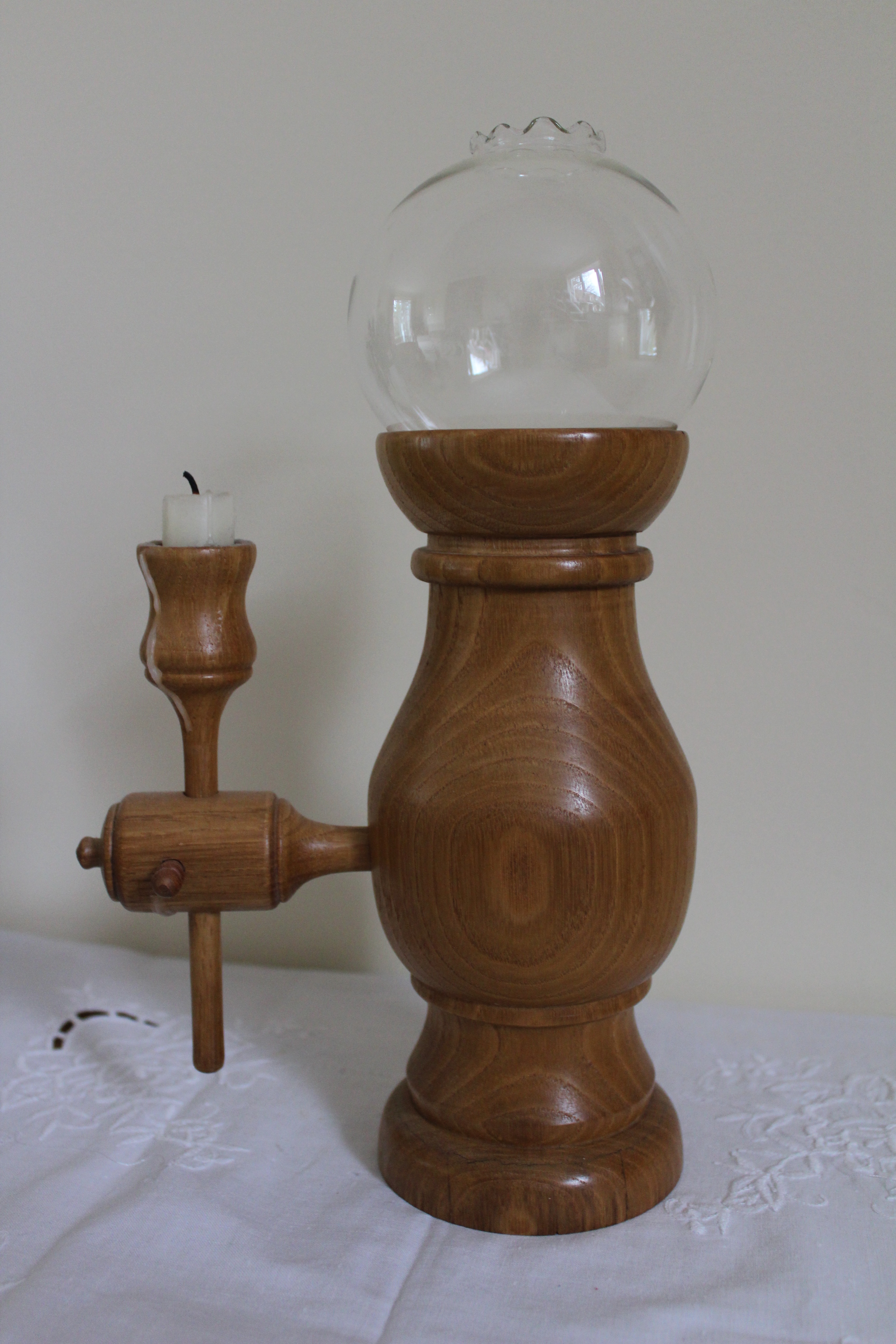 The glass lens would be filled with melted snow so that there would be no limescale in the water.  Then the height of the candle would be adjusted to get the beam onto the lace pillow so that the lace maker could see to work. 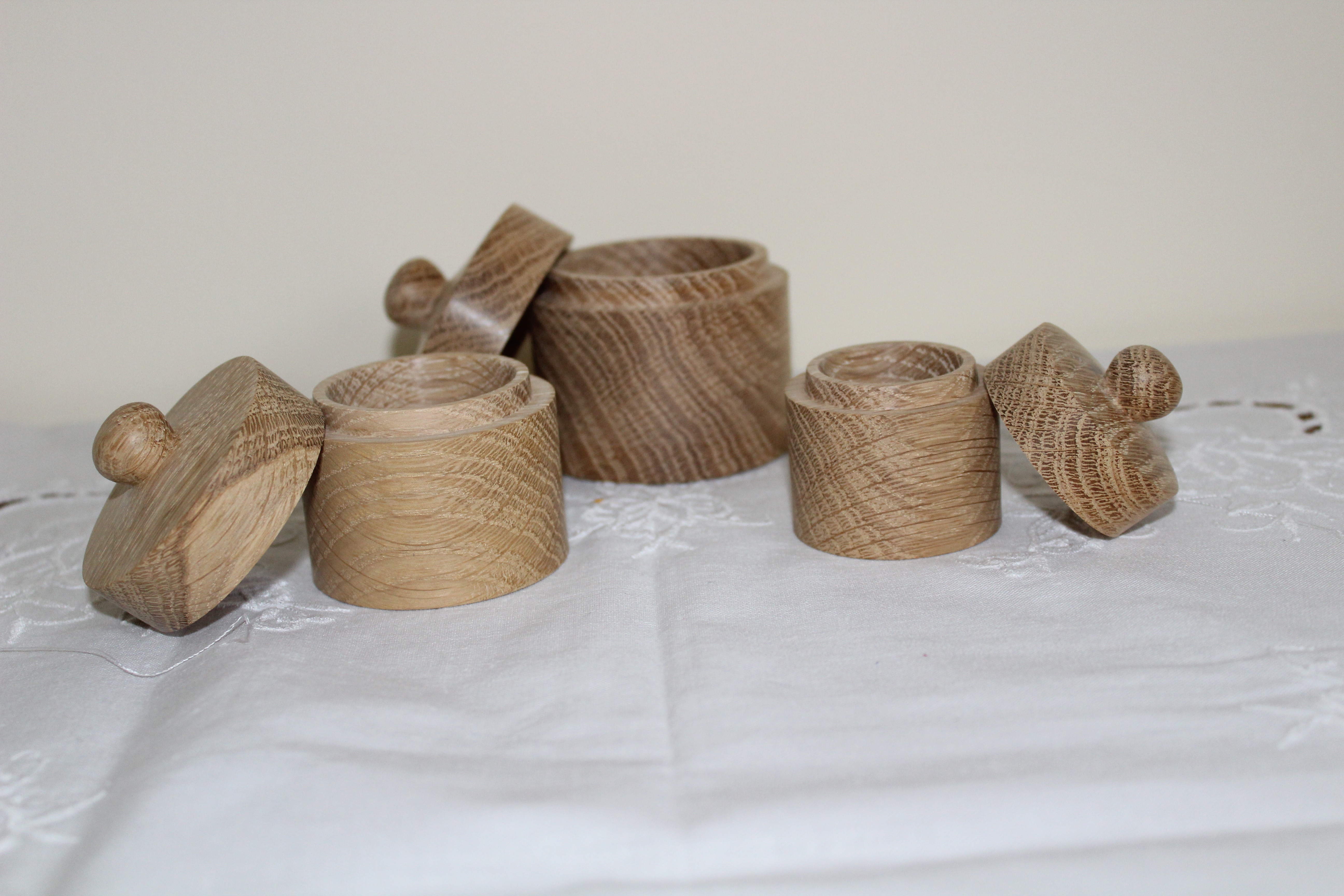 Three lidded pots made from Oak. 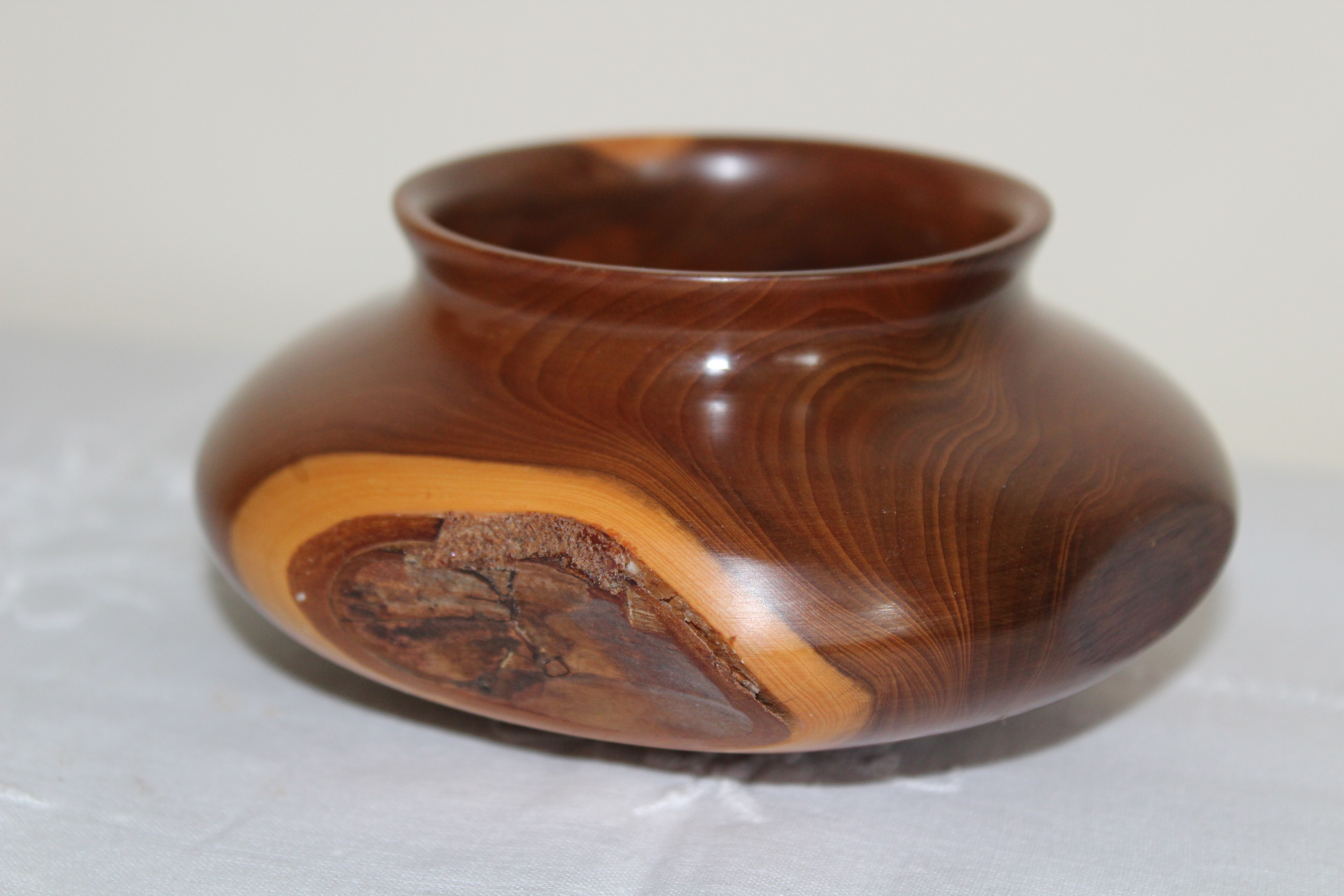 Natural edged pot made from Yew 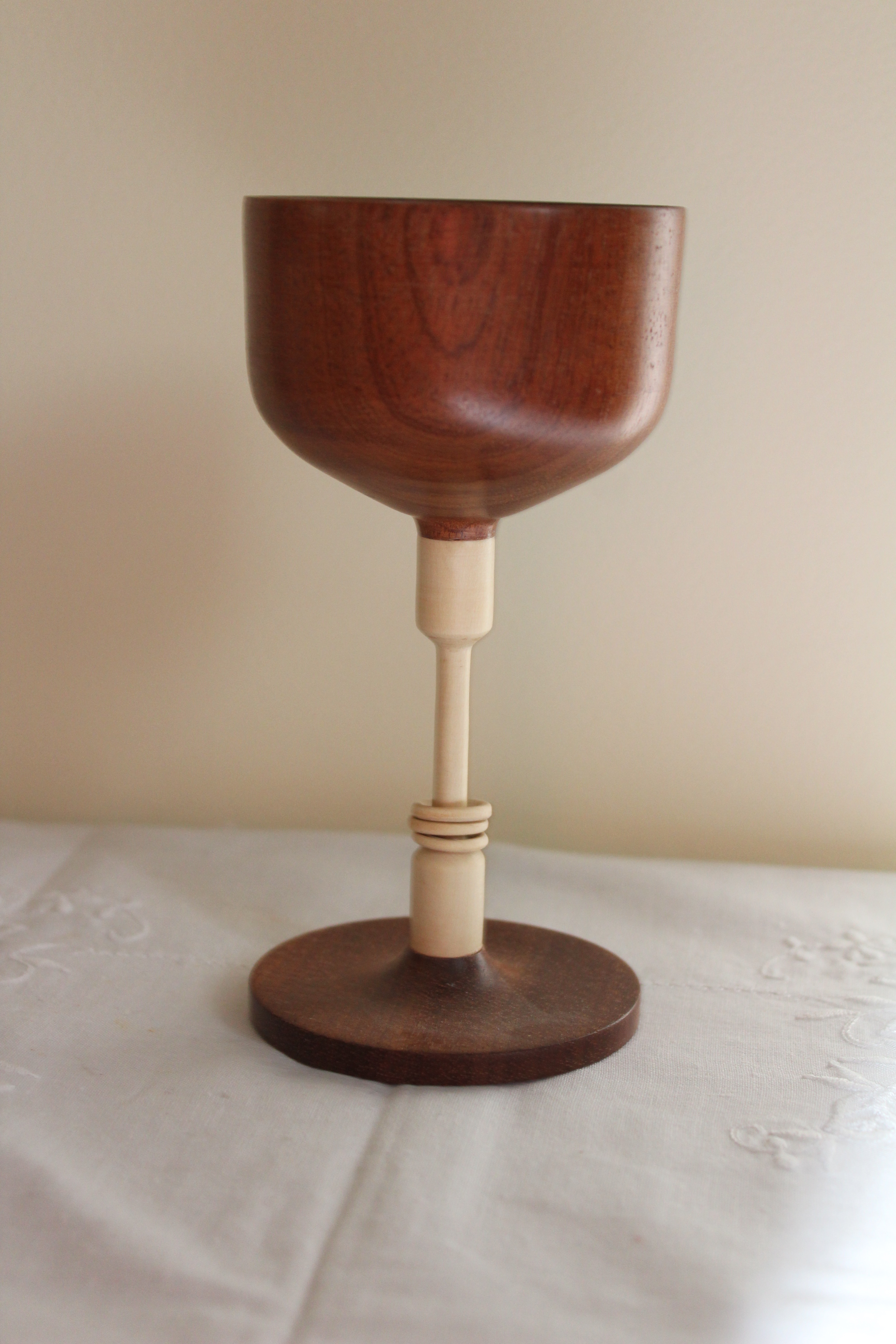 A goblet with three captive rings. 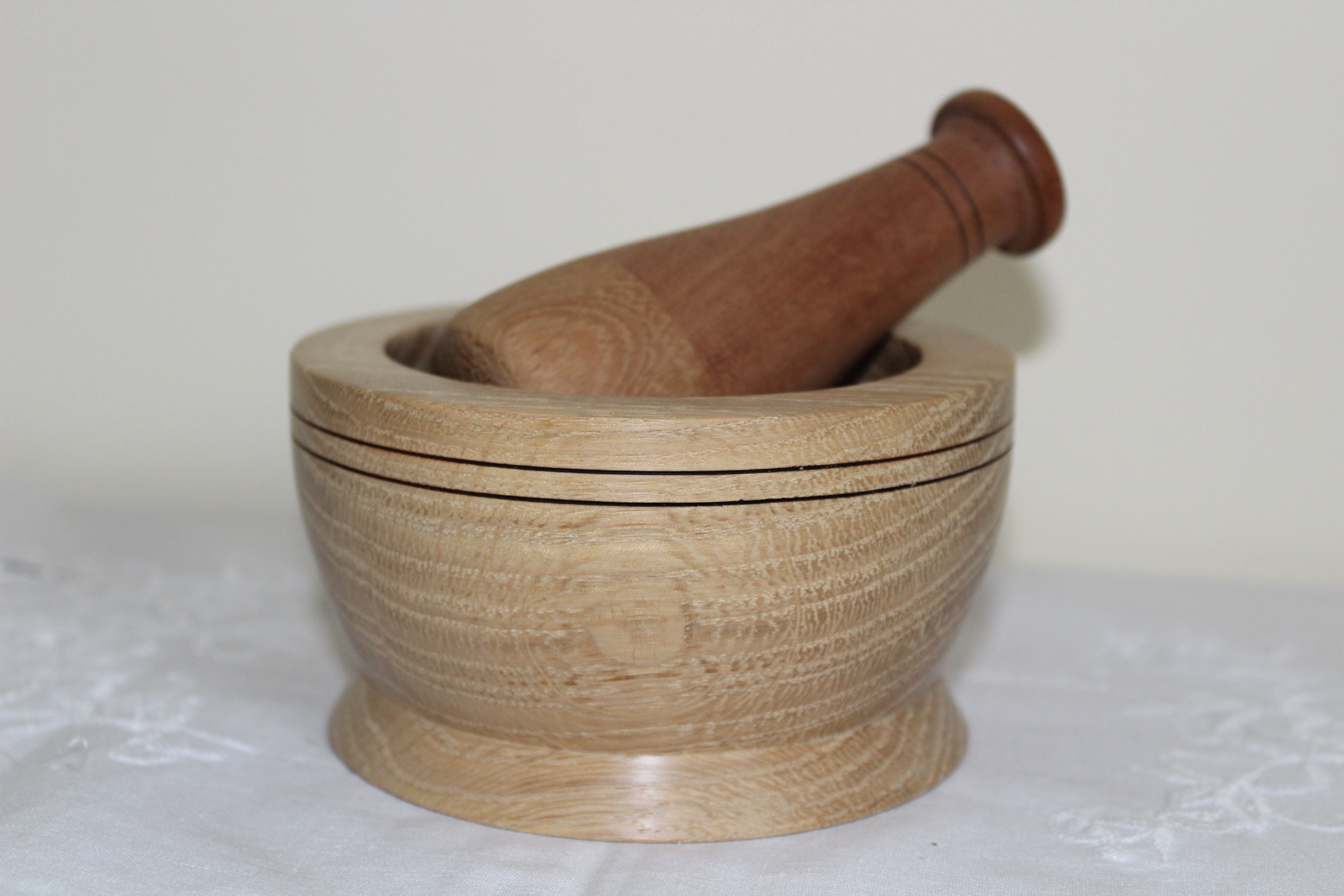 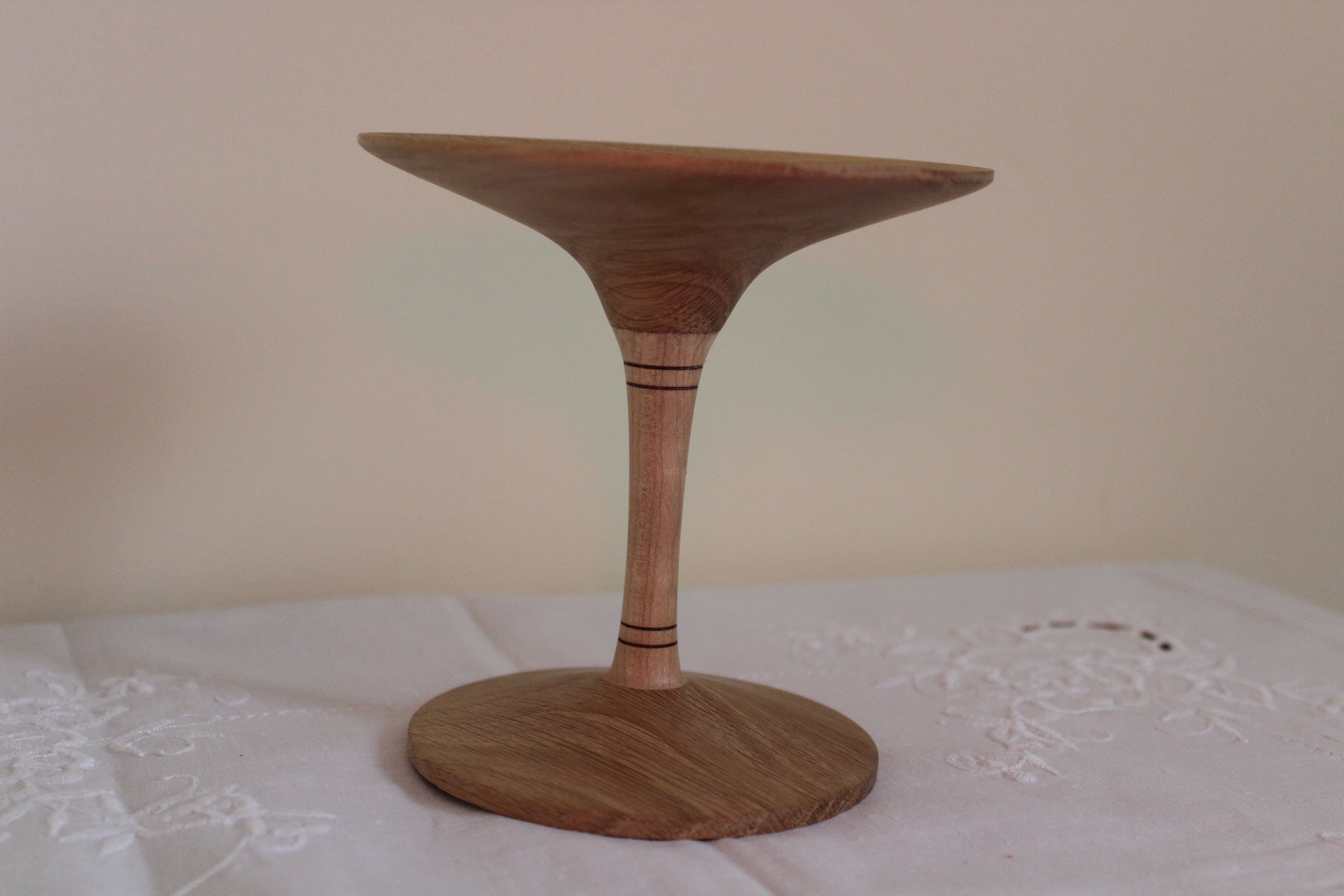 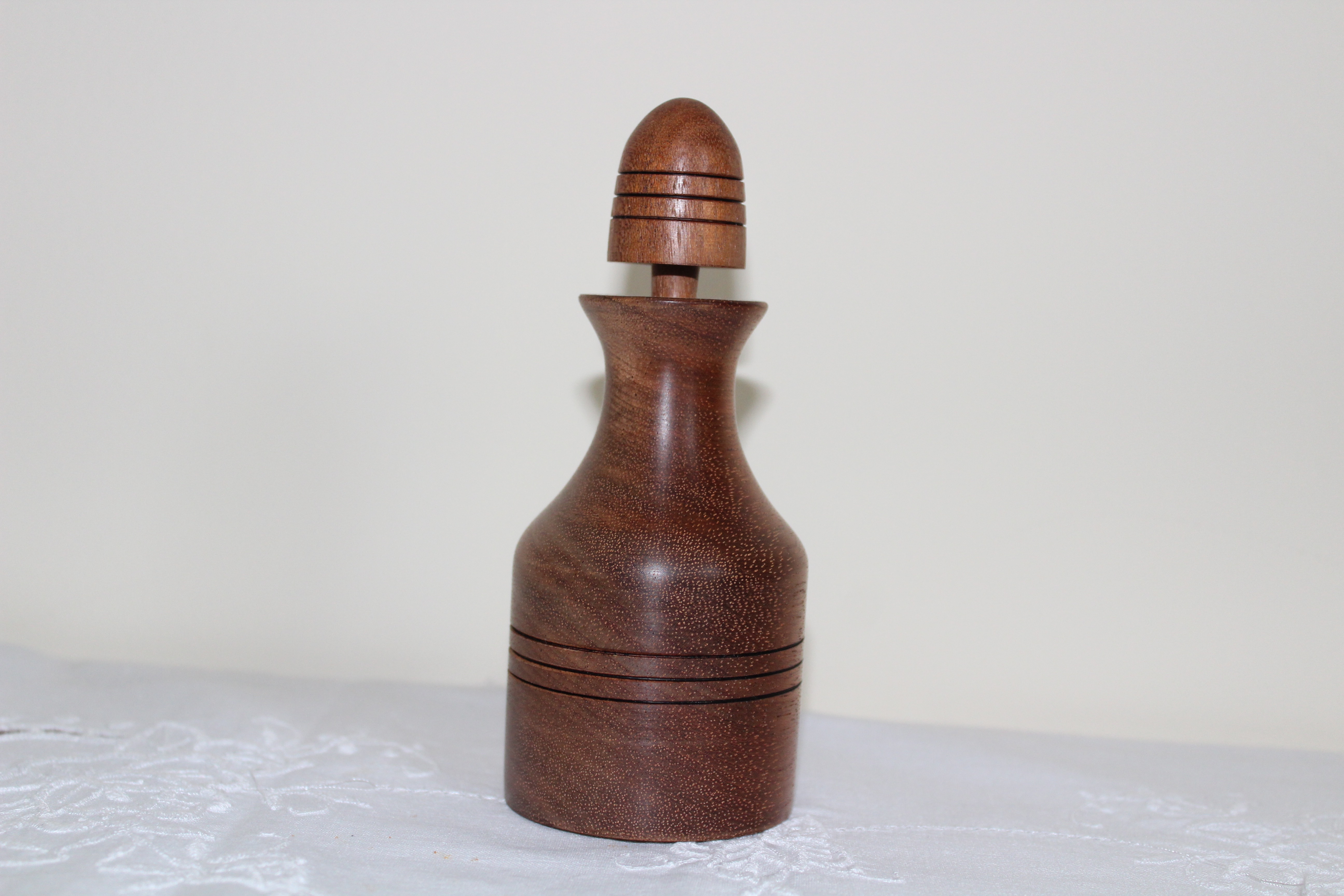 Made from Sapele, the body was cut in half at the middle line then hollowed out both halves then glued back together and finished. 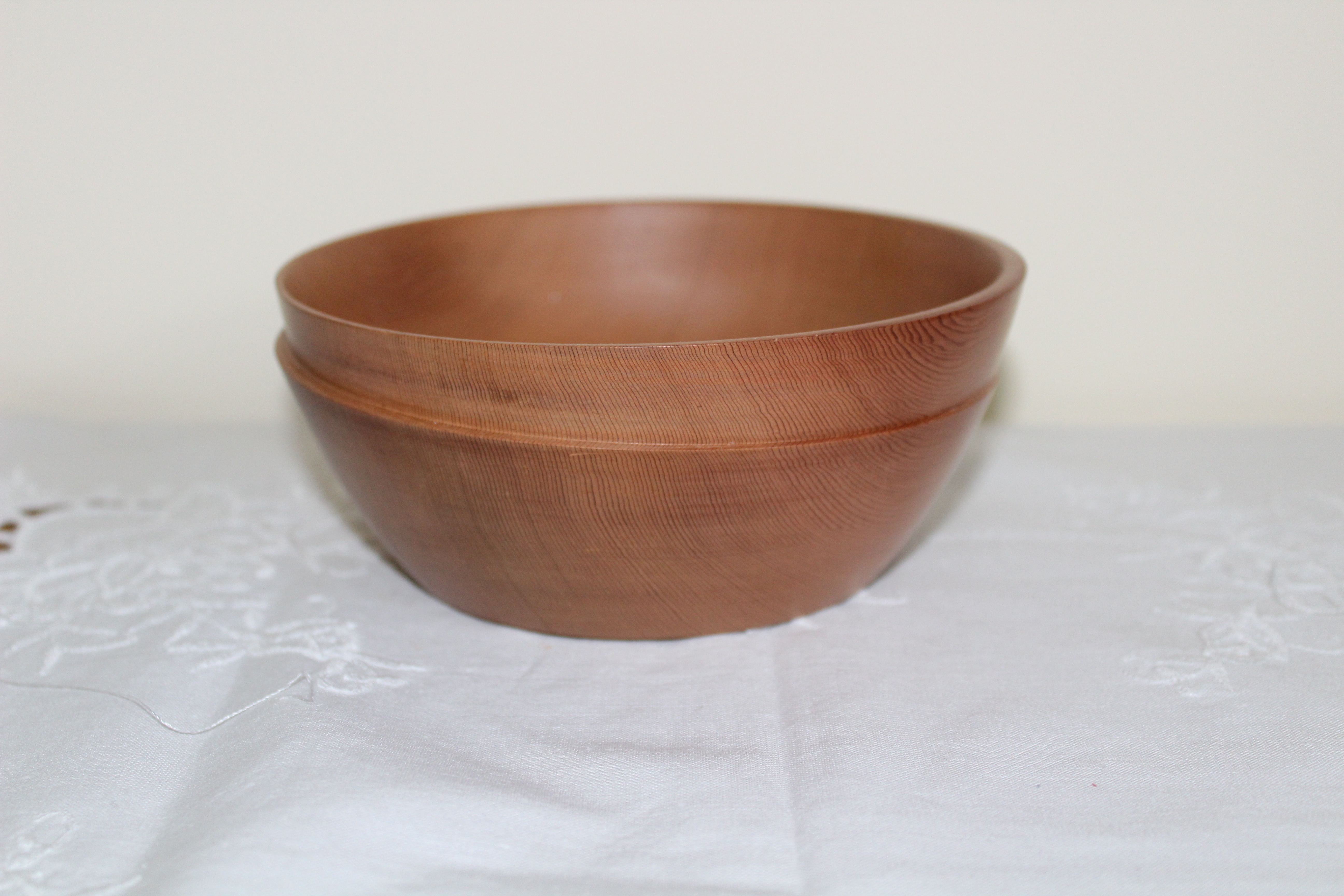 Made from Cedar. Outer turned first then held in a jam chuck and the top edge turned. 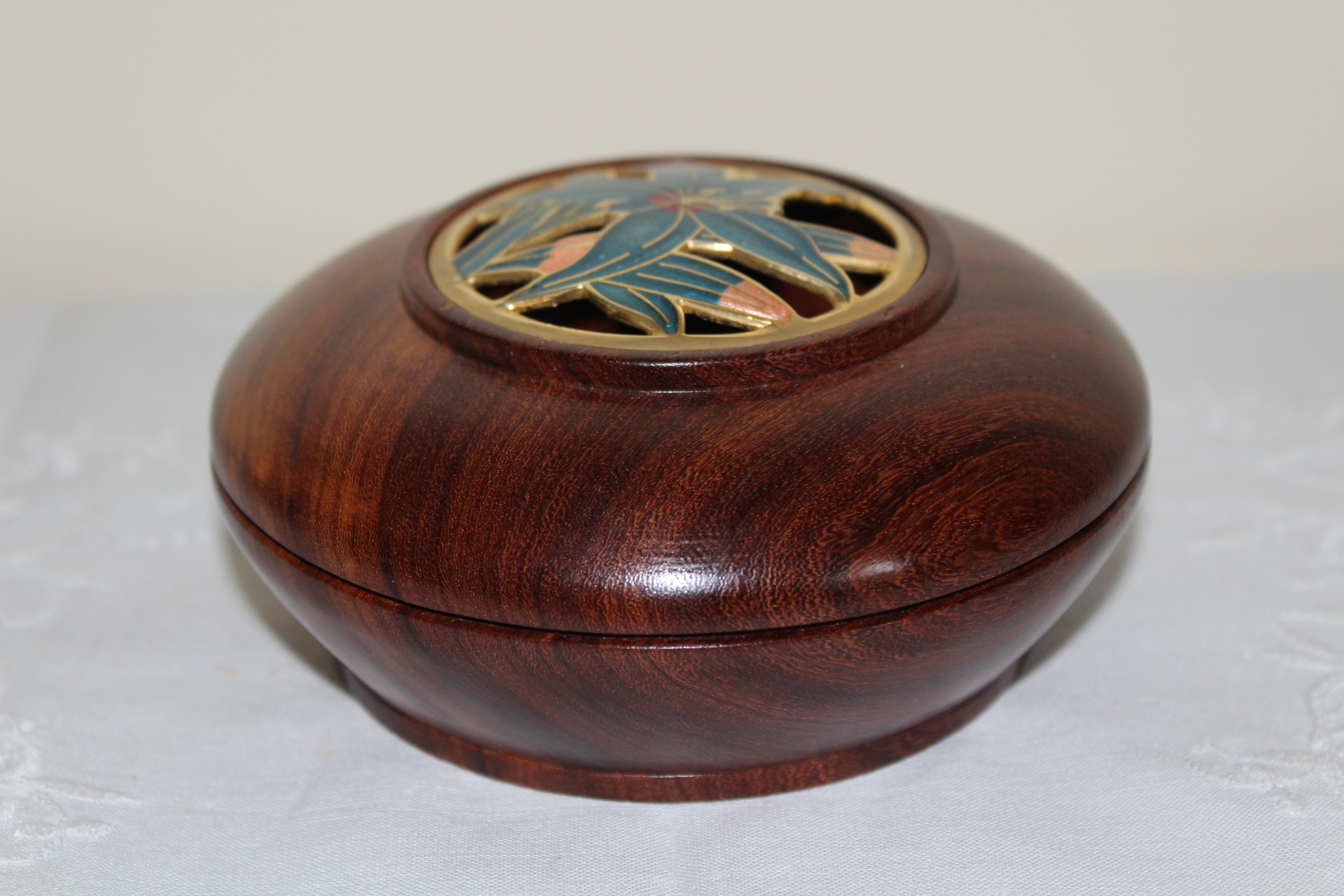 Made from an unknown hardwood 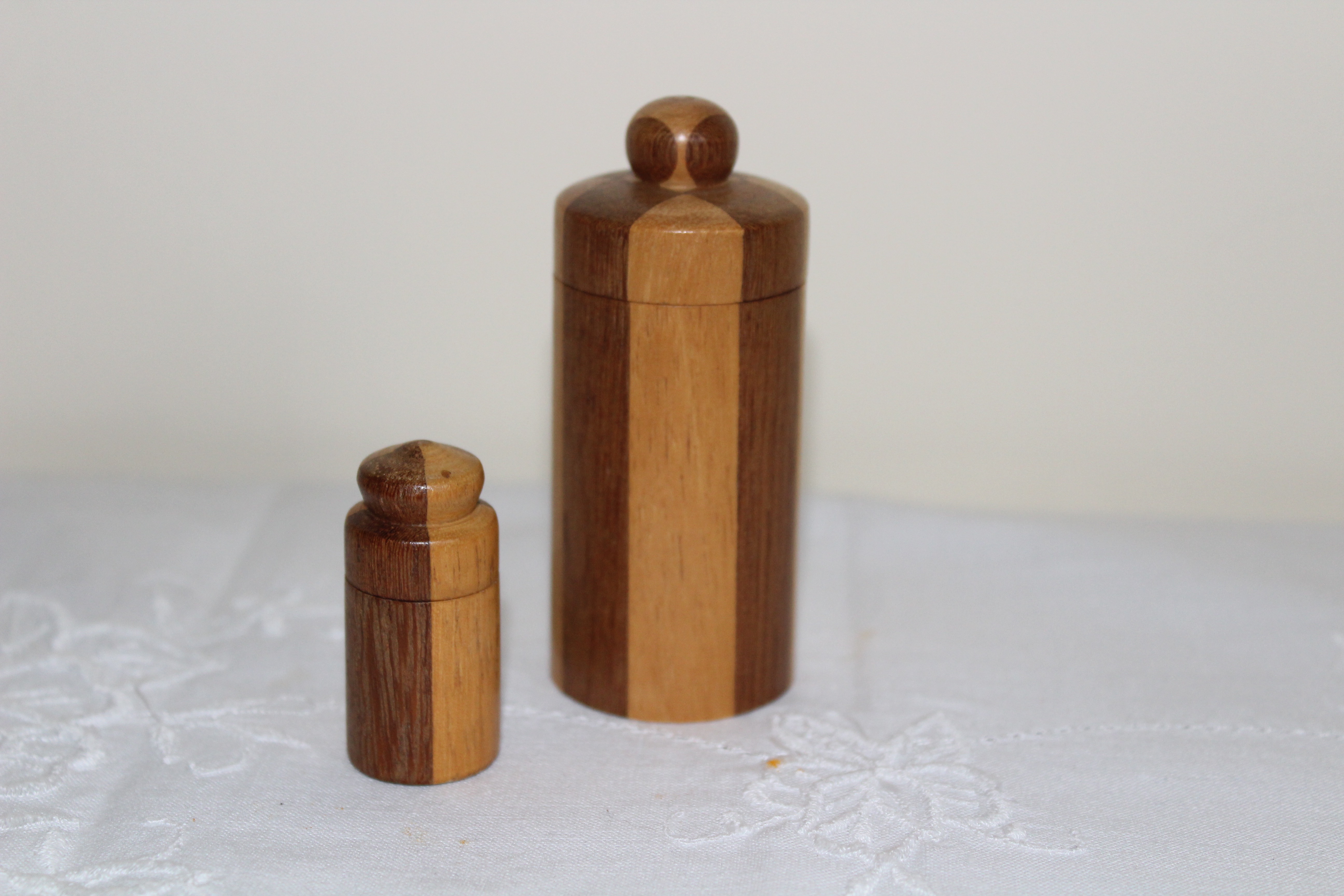 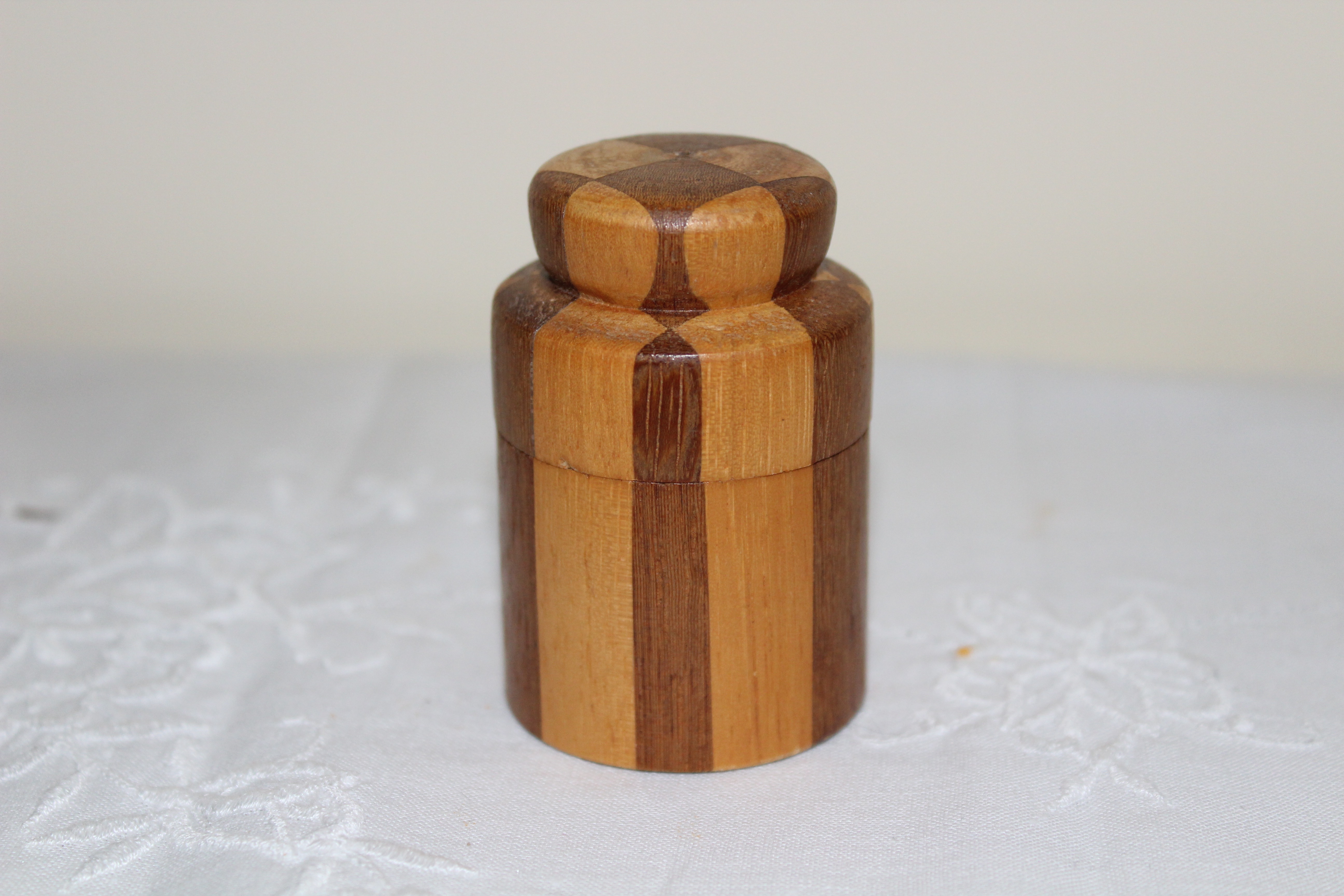 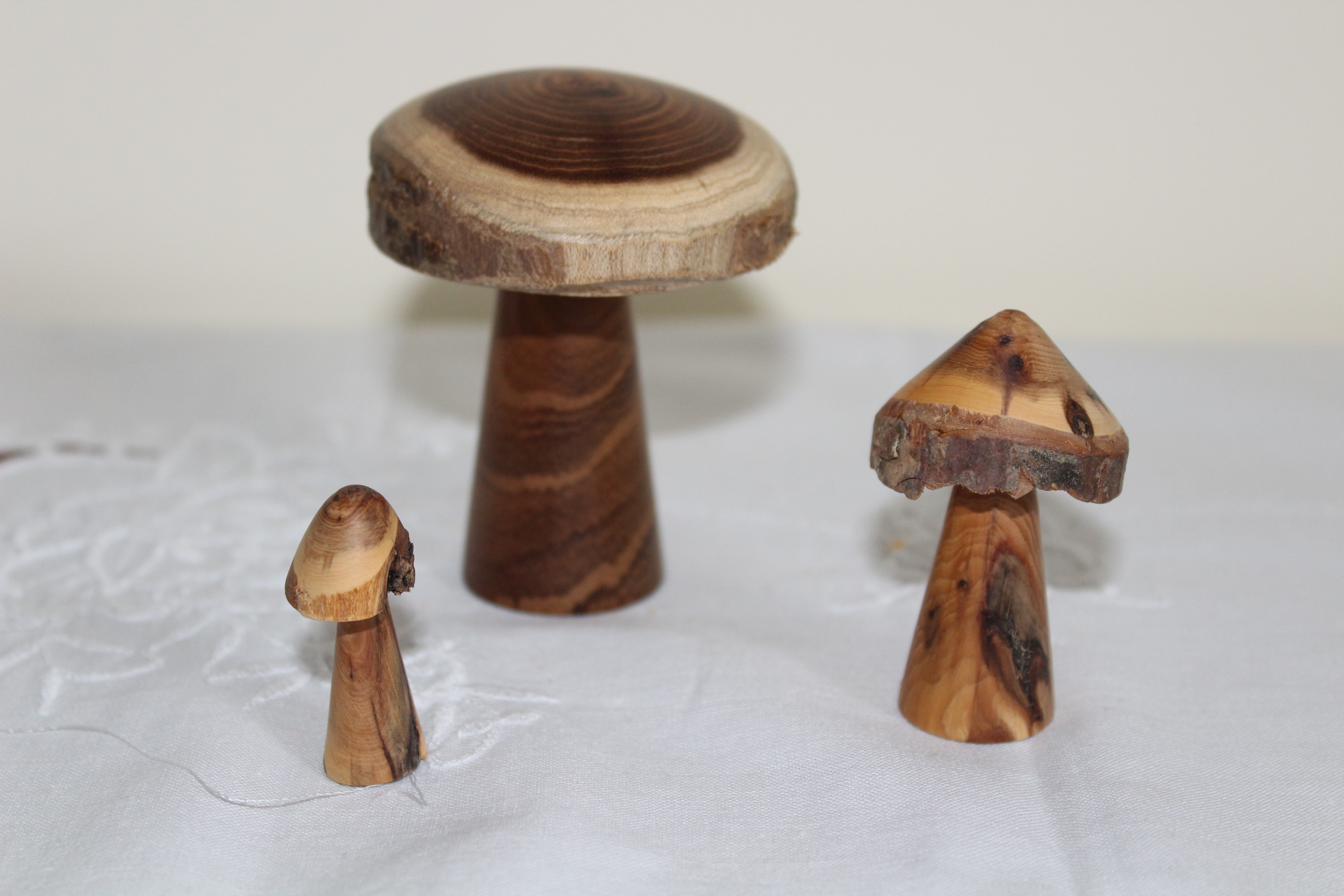 Made from Yew using the natural edge 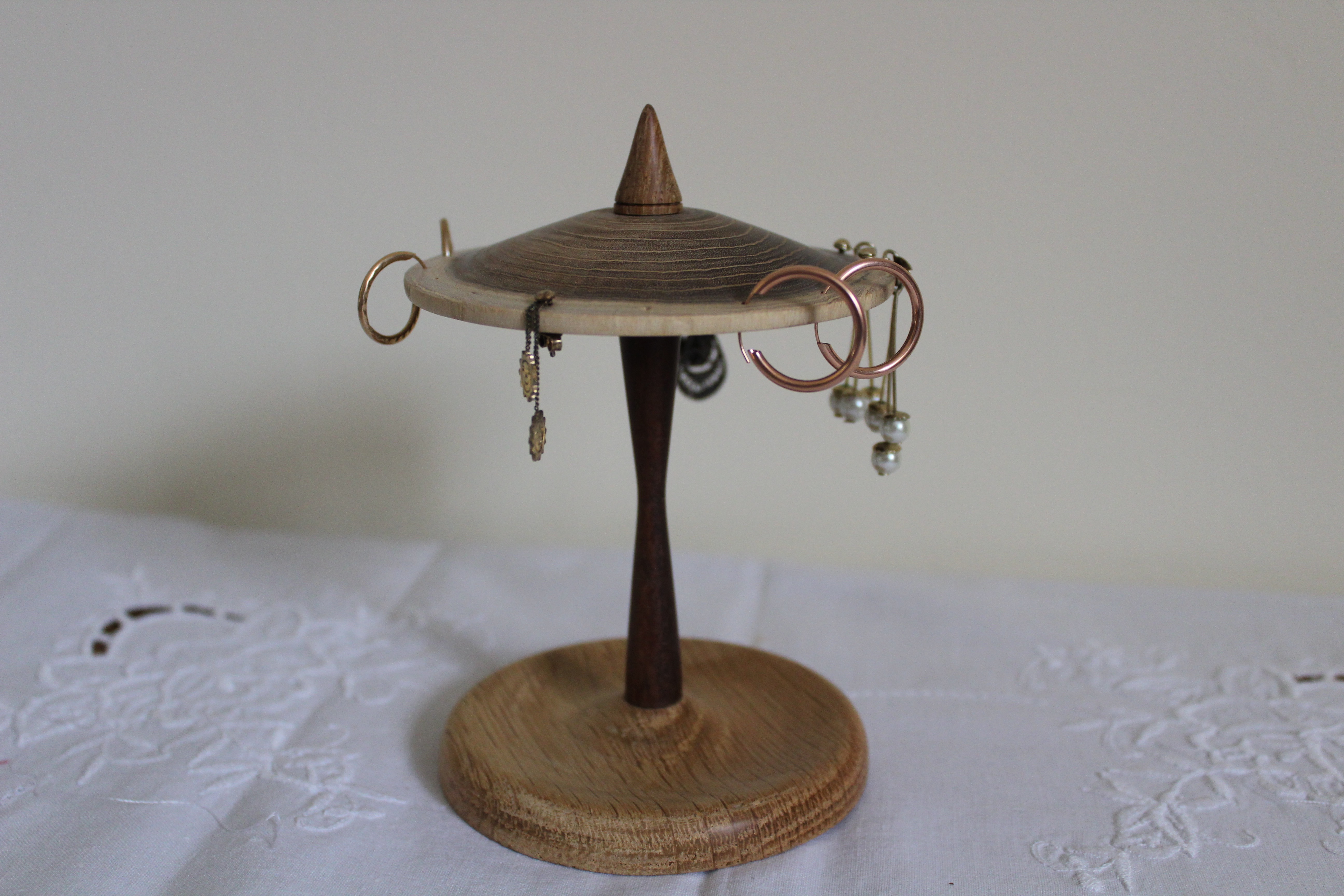 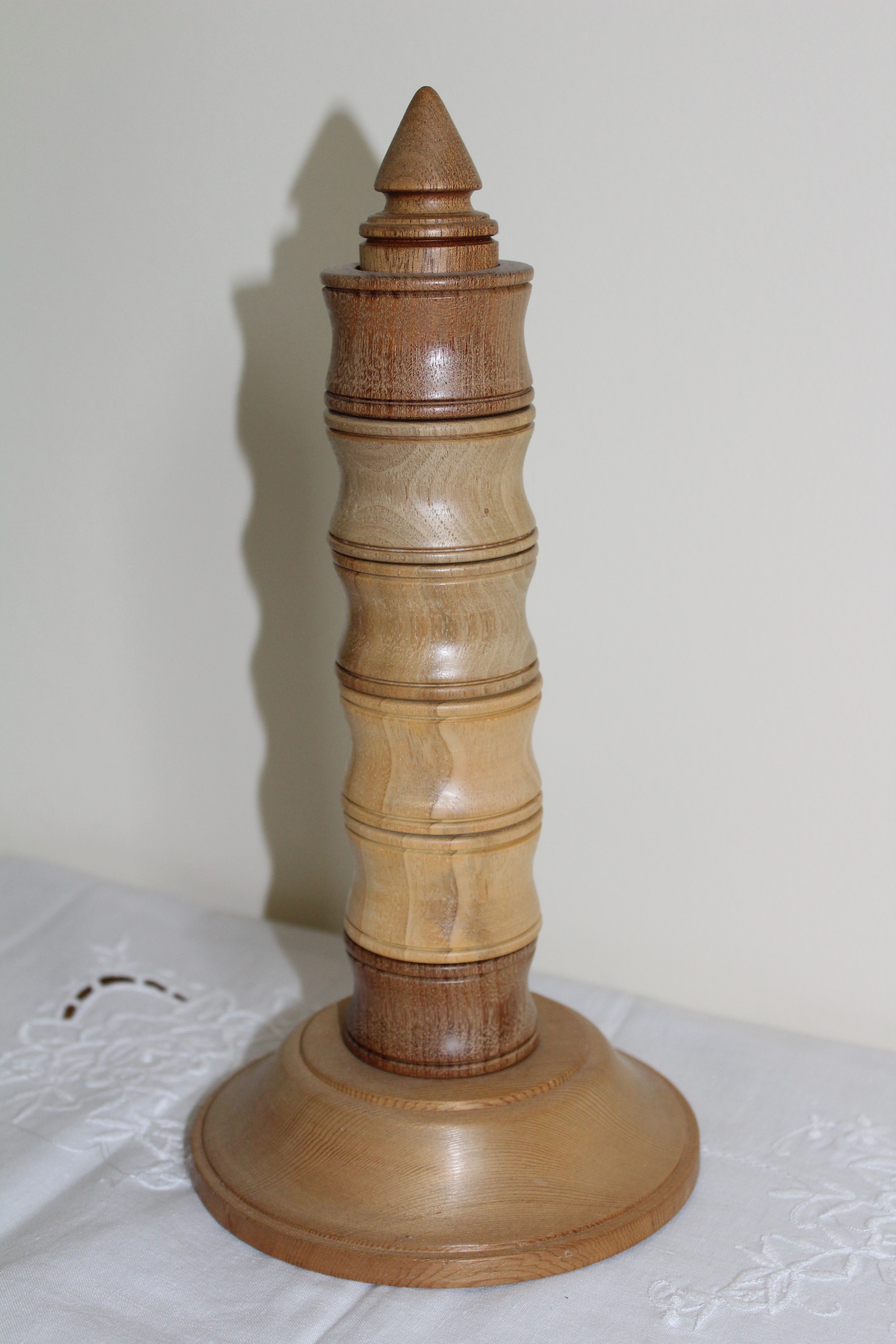 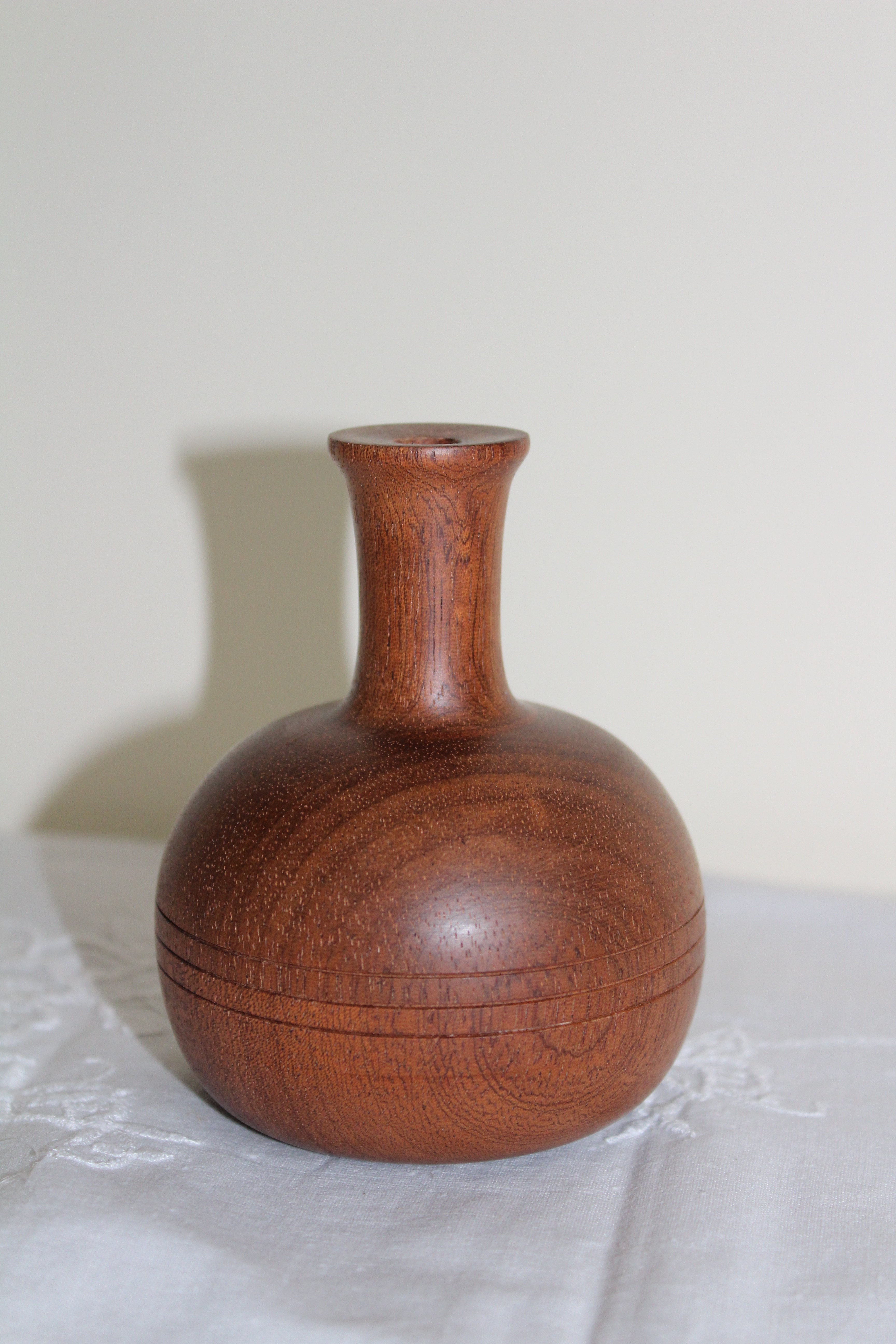 Made from Sapele, the body was cut in half at the middle line then hollowed out both halves the glued back together and finished

Vase with a square base 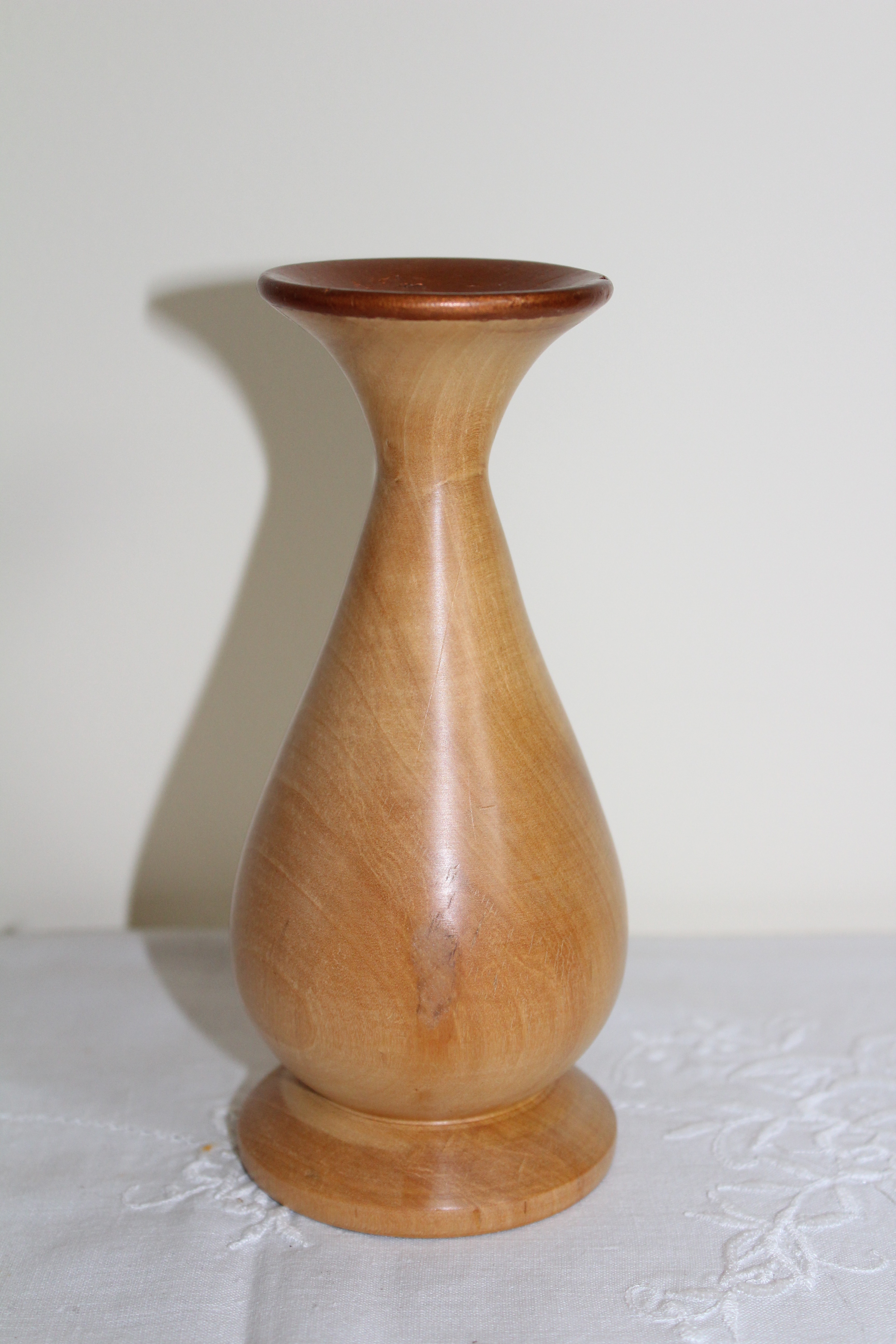 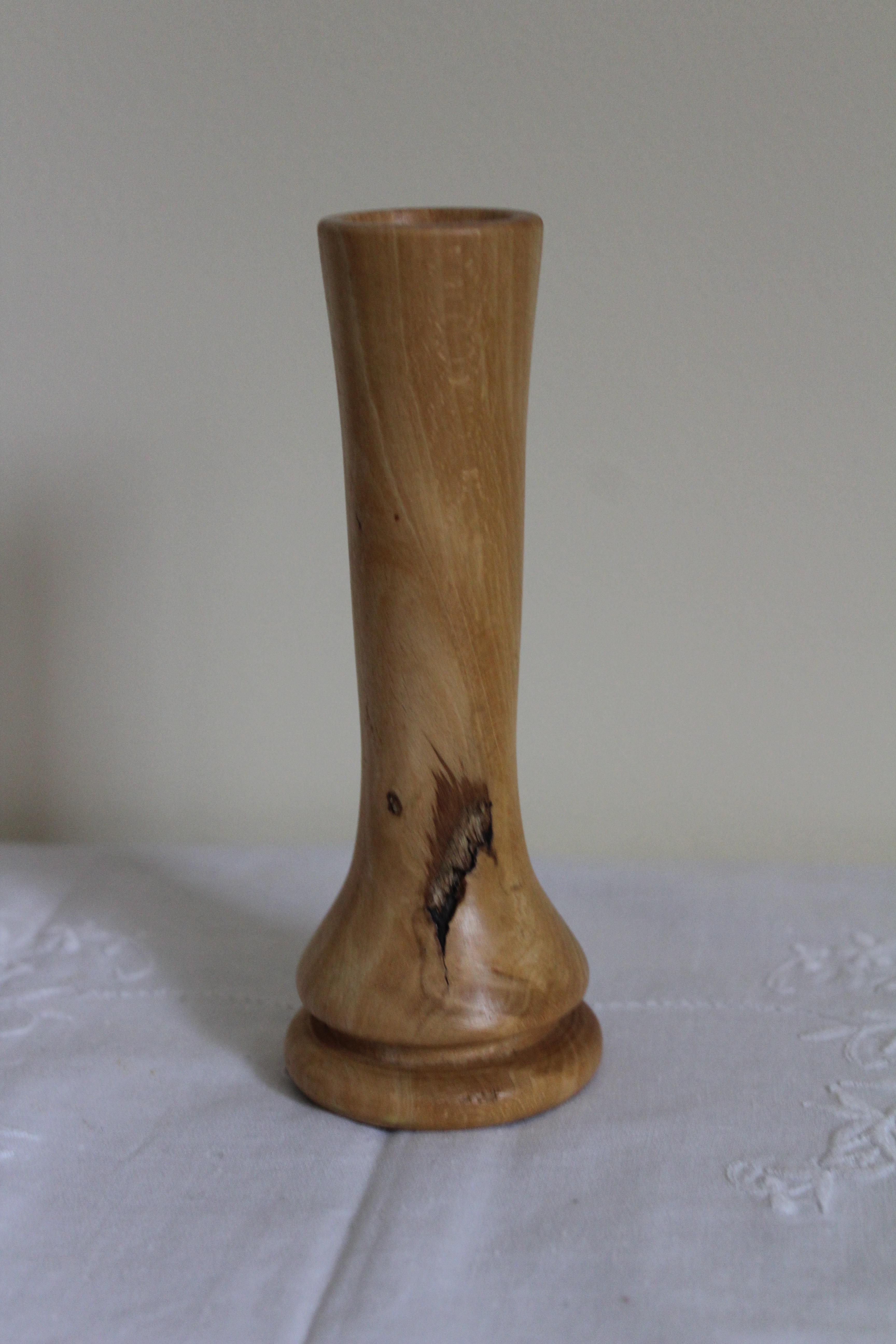 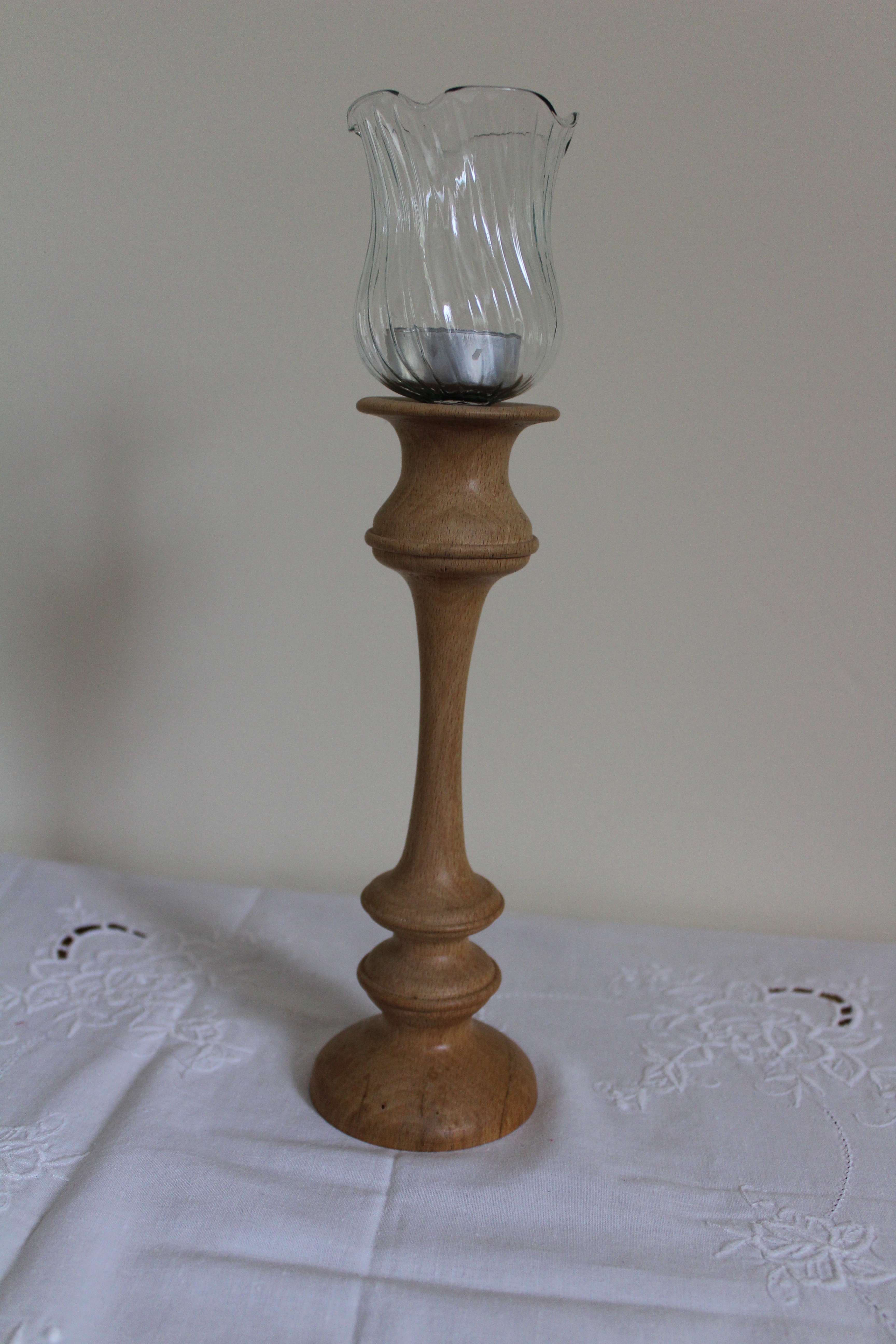 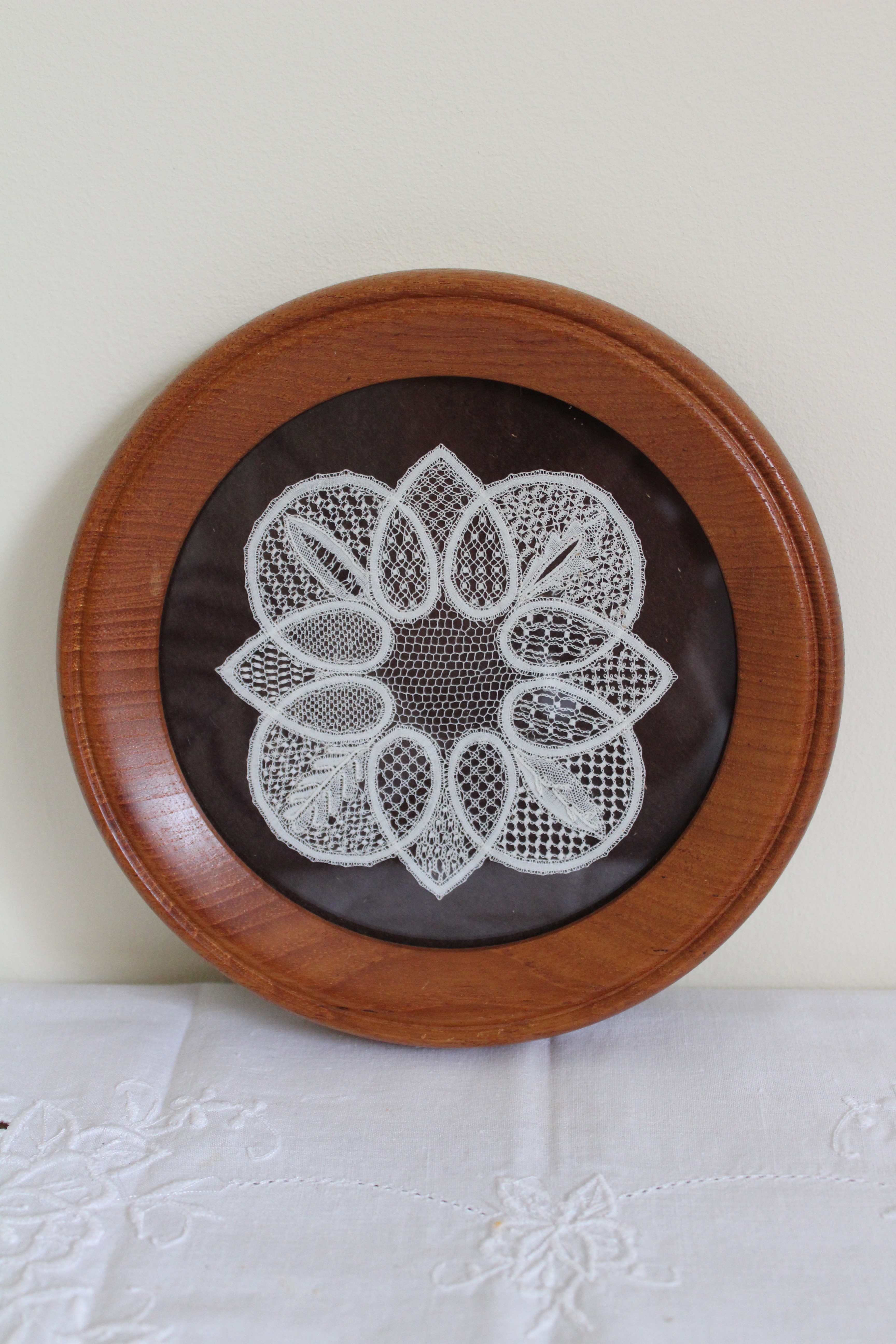 Made from an old Teak shop counter 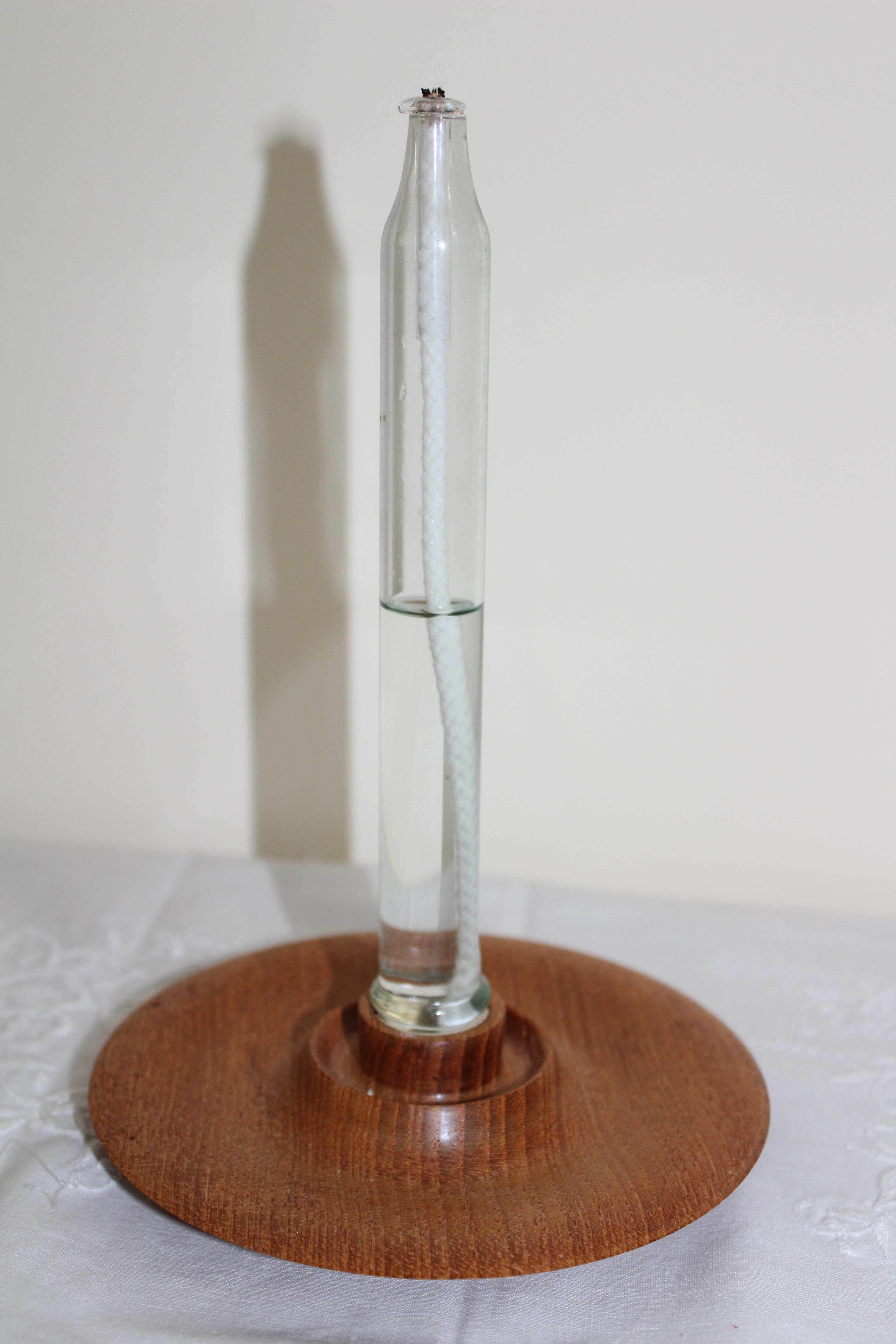 Teak base, this was the waste wood from the picture frame  above 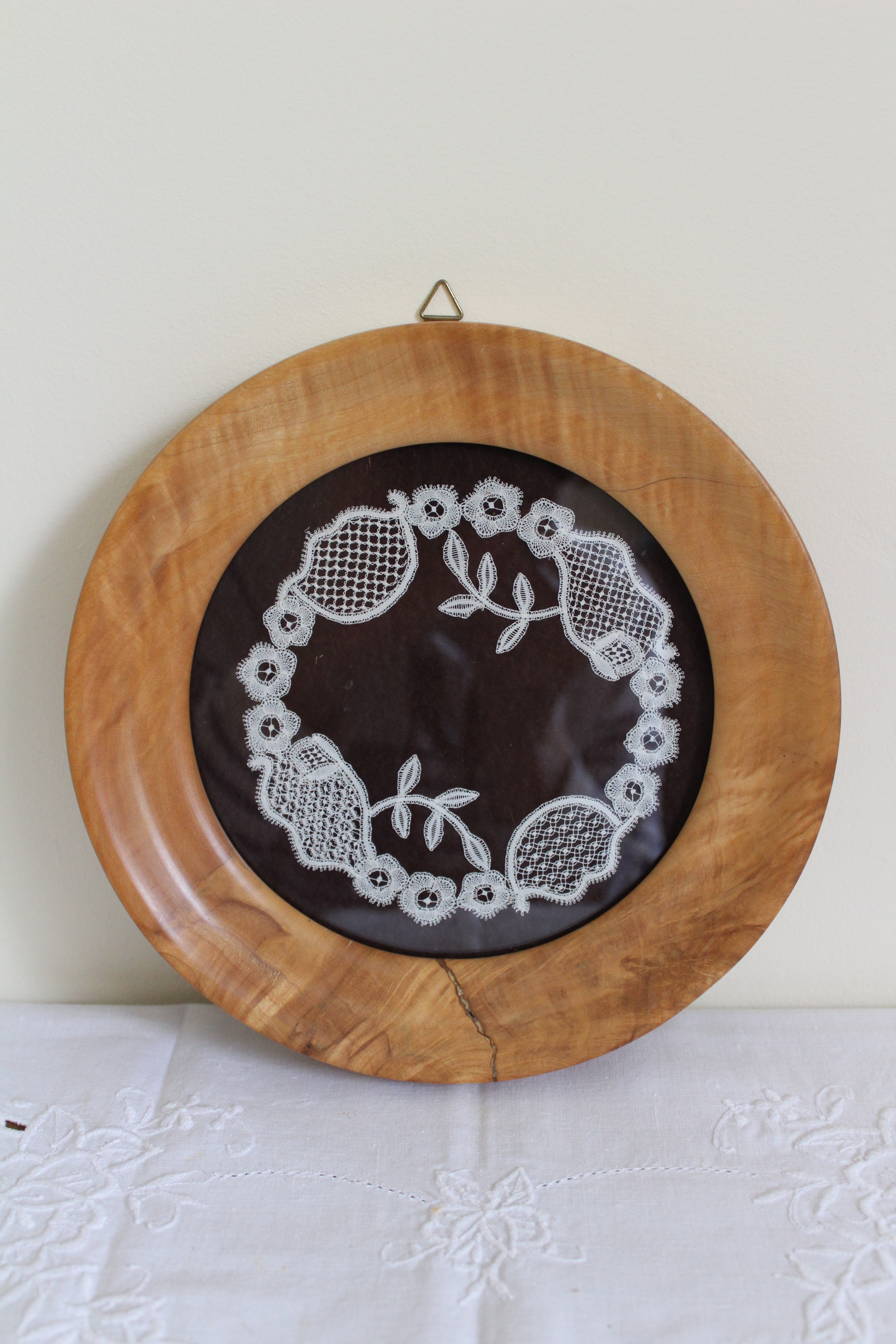 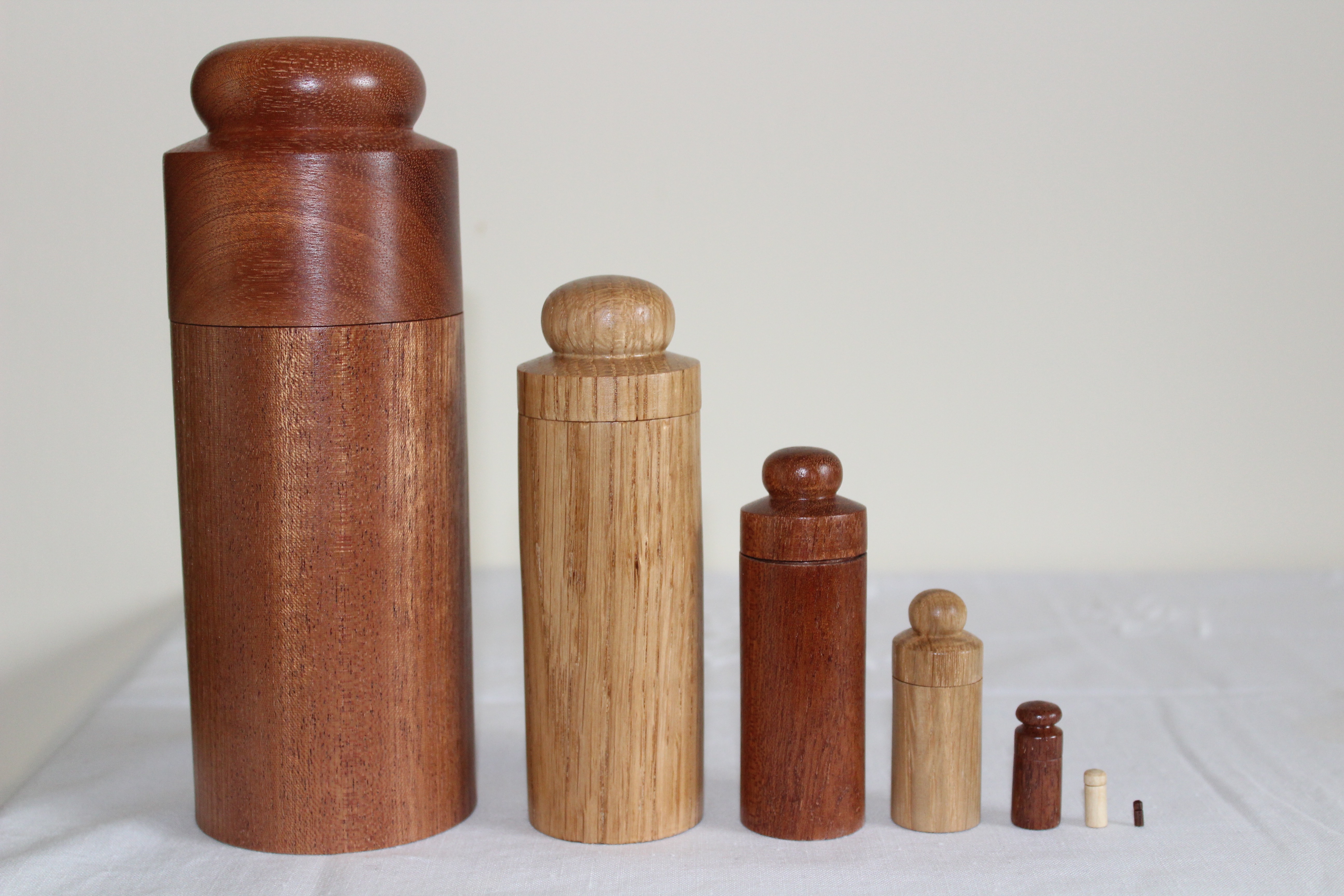 A set of 7 nested lidded boxes

The smallest lidded box is just 2mm in diameter 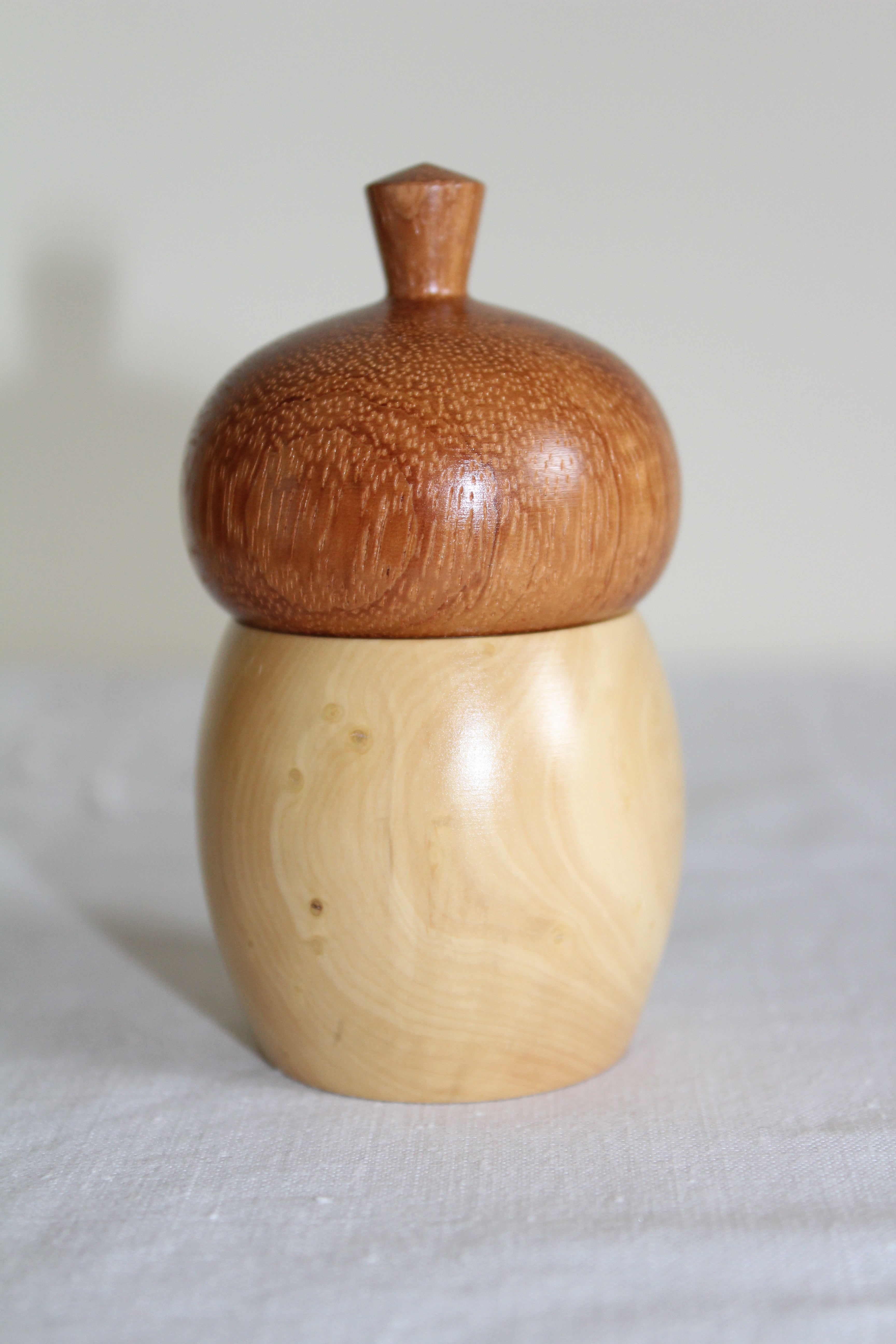 A acorn trinket box, the lid is made from Sapele and the body from Box wood. 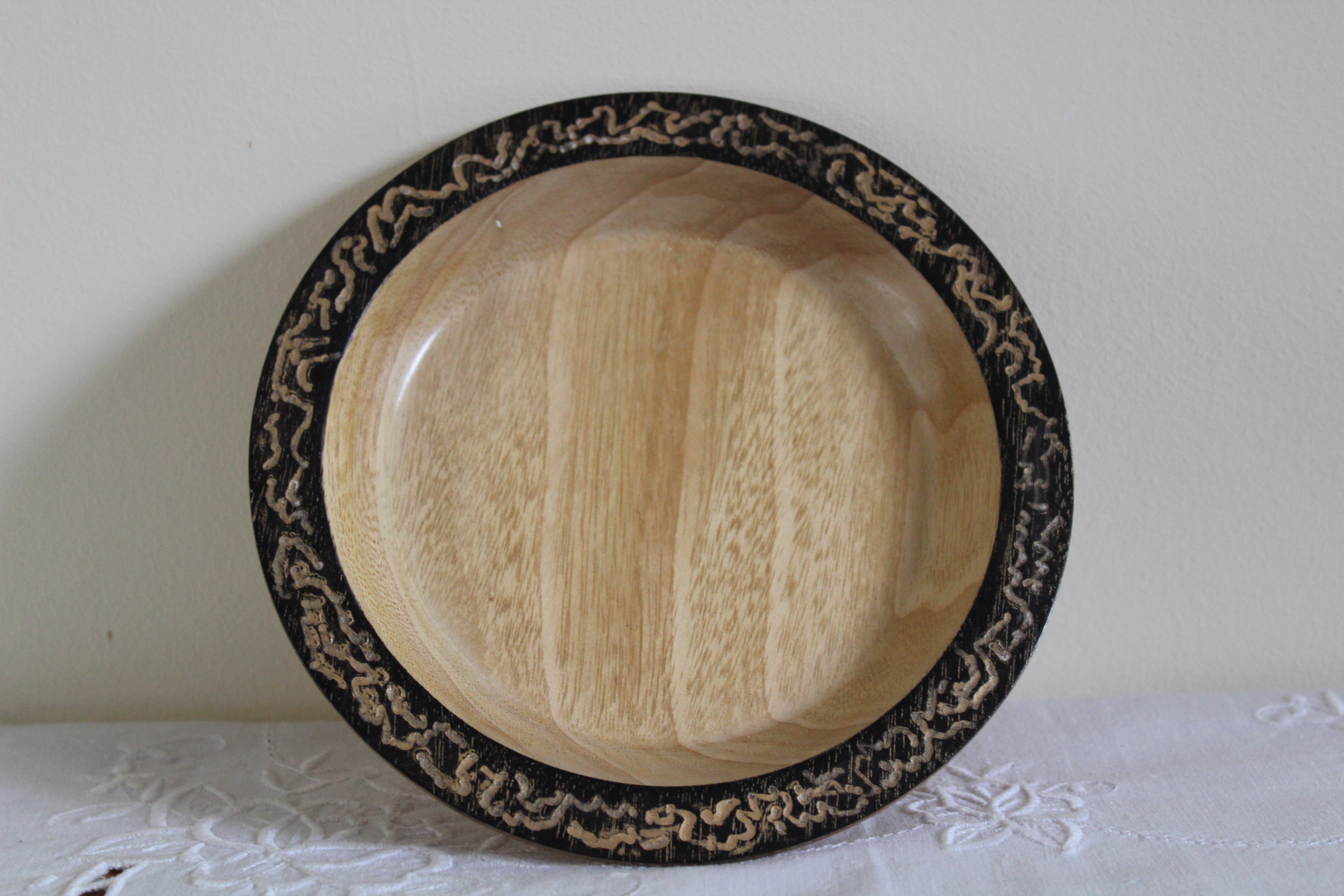 A platter with a decorated rim.

Made from Idigbo with a dyed edge the gilded pattern 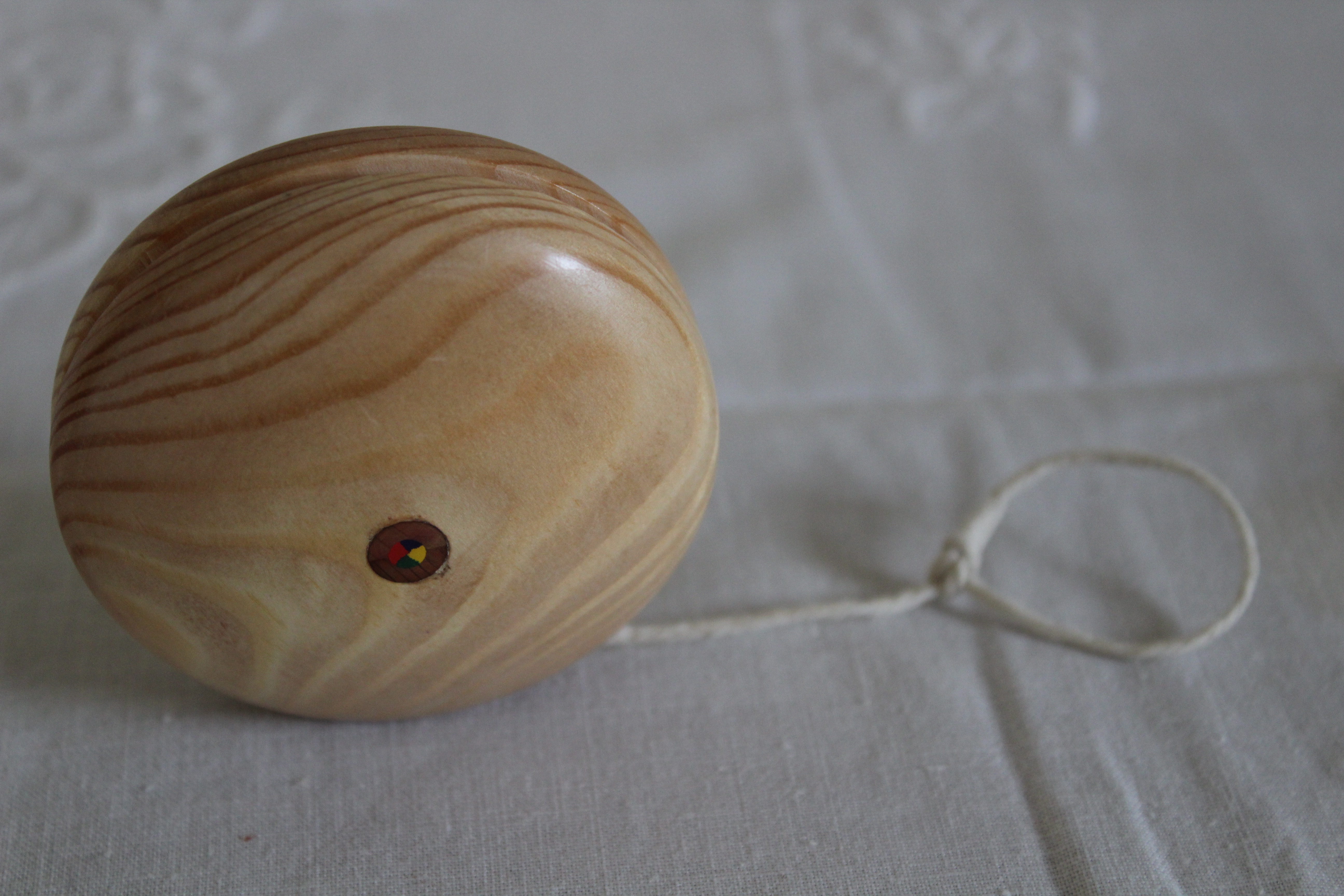 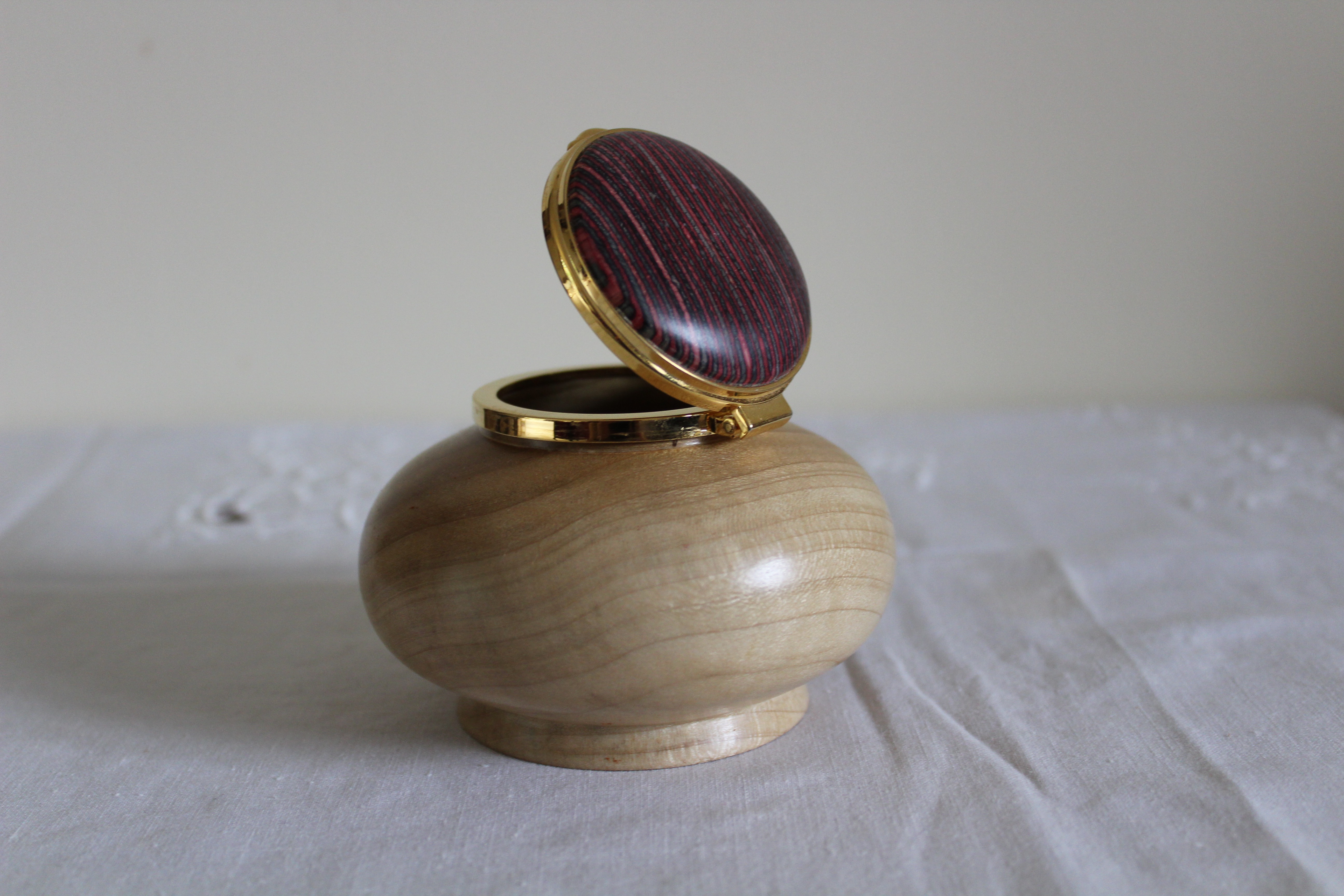 Hollow form trinket box with a coloured lid made from Idigbo.