Baltic Cruise on the Saga Sapphire

This was the cruise itinerary

We need a tug to get off the wall in Dover harbour as the tide was low, but we got underway with a glass of champagne in our hands.  Then two days at sea to the Kiel Canal 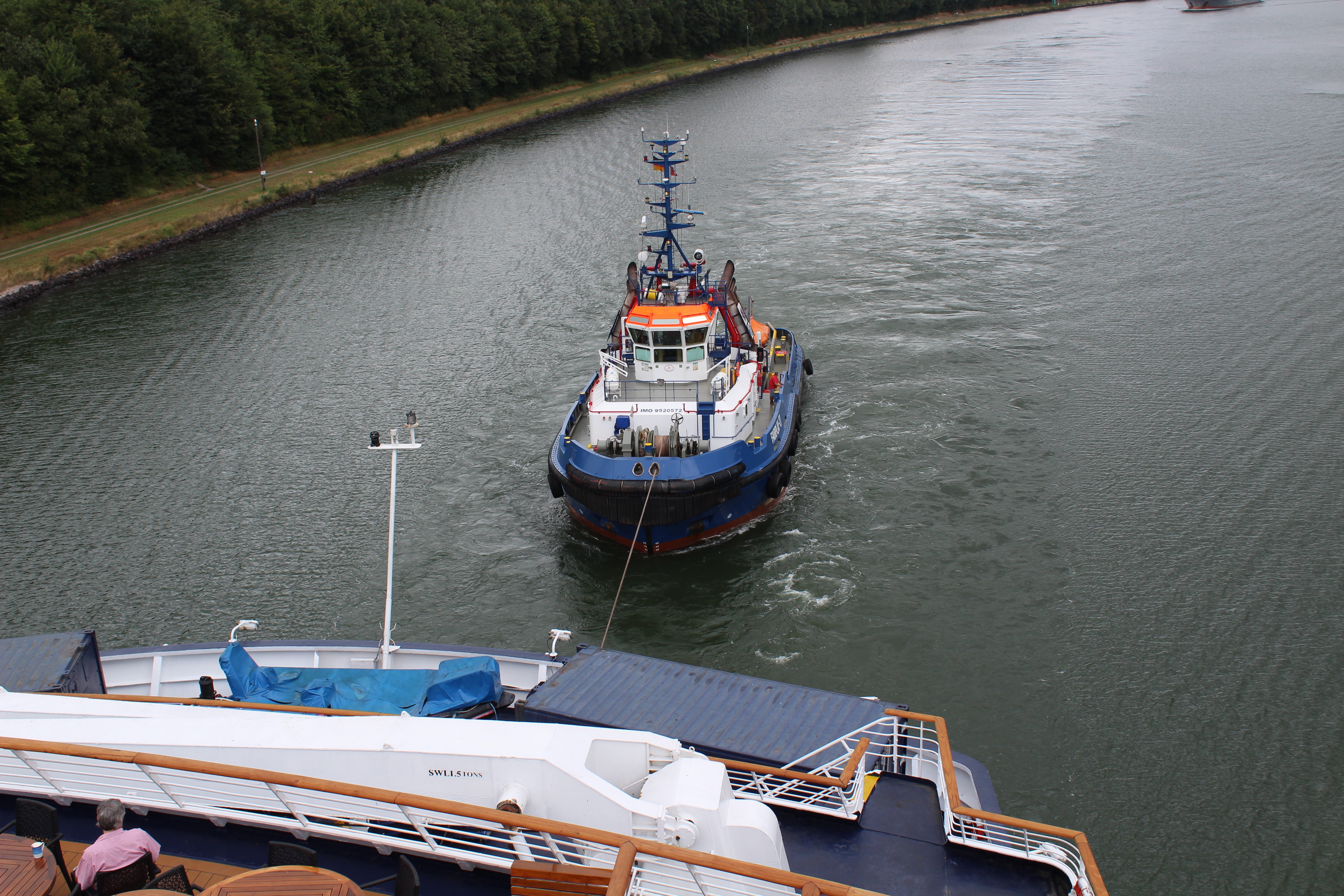 The overnight passage through the Kiel Canal went without any problems.  We did need to have a tug on the stern as the ship at low speed is difficult to steer.

Due to bad weather (strong winds) we did not go to Karlskrona,  Sweden.  We were supposed to anchor off shore and go ashore by tender, but it was considered to rough and dangerous to go there so we diverted to Visby Sweden.

When we arrived at Visby the pier was 90 deg to the wind which was force 6  the Captain made two attempts but as  there were no tugs in the area it  was not possible to go alongside, so we diverted  to Tallinn Estonia.

At Tallinn we went ashore and caught the shuttle bus to the old city and walked around the city which was very attractive. 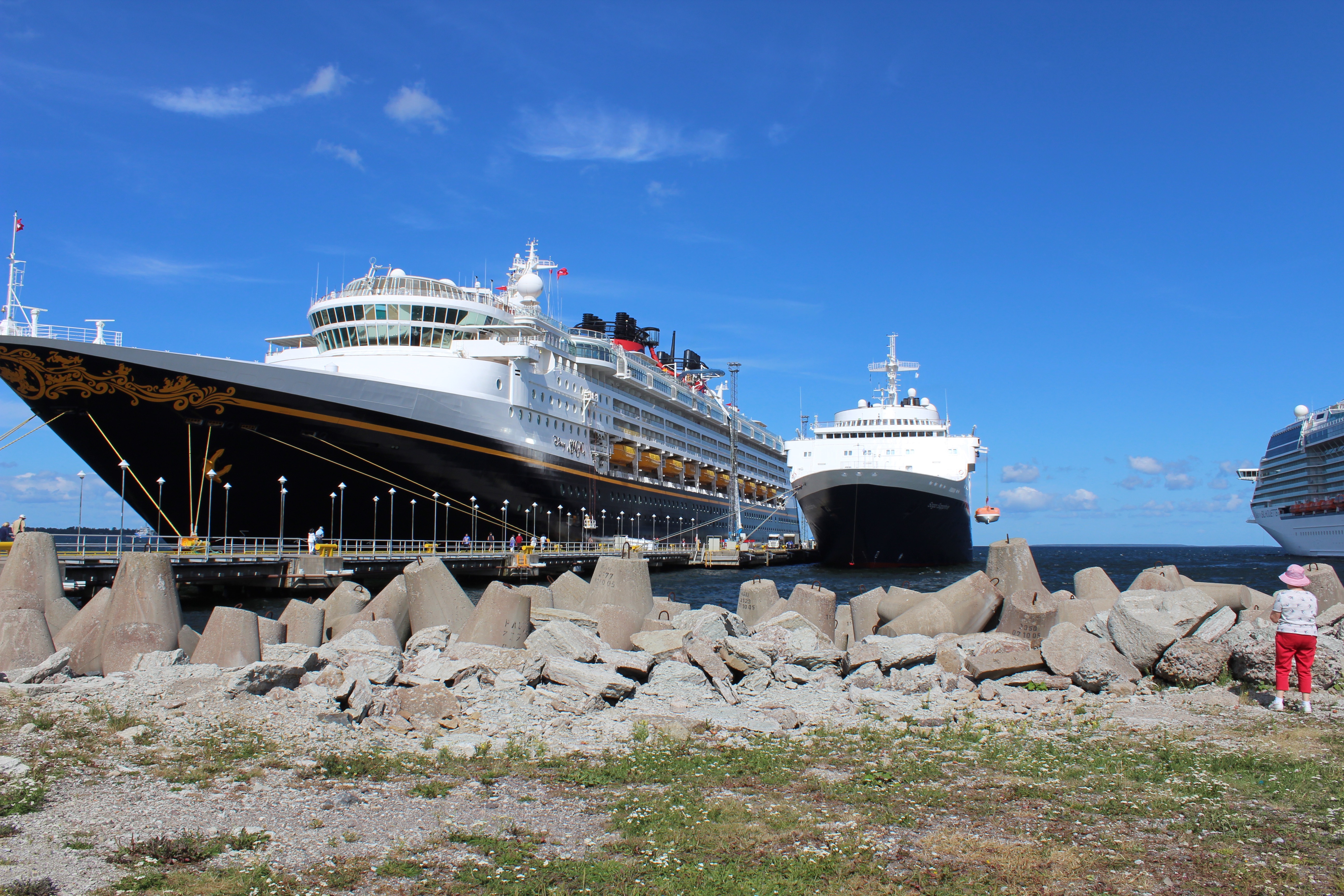 Saga Sapphire is the small ship in the middle, the big one to the left was a Disney ship 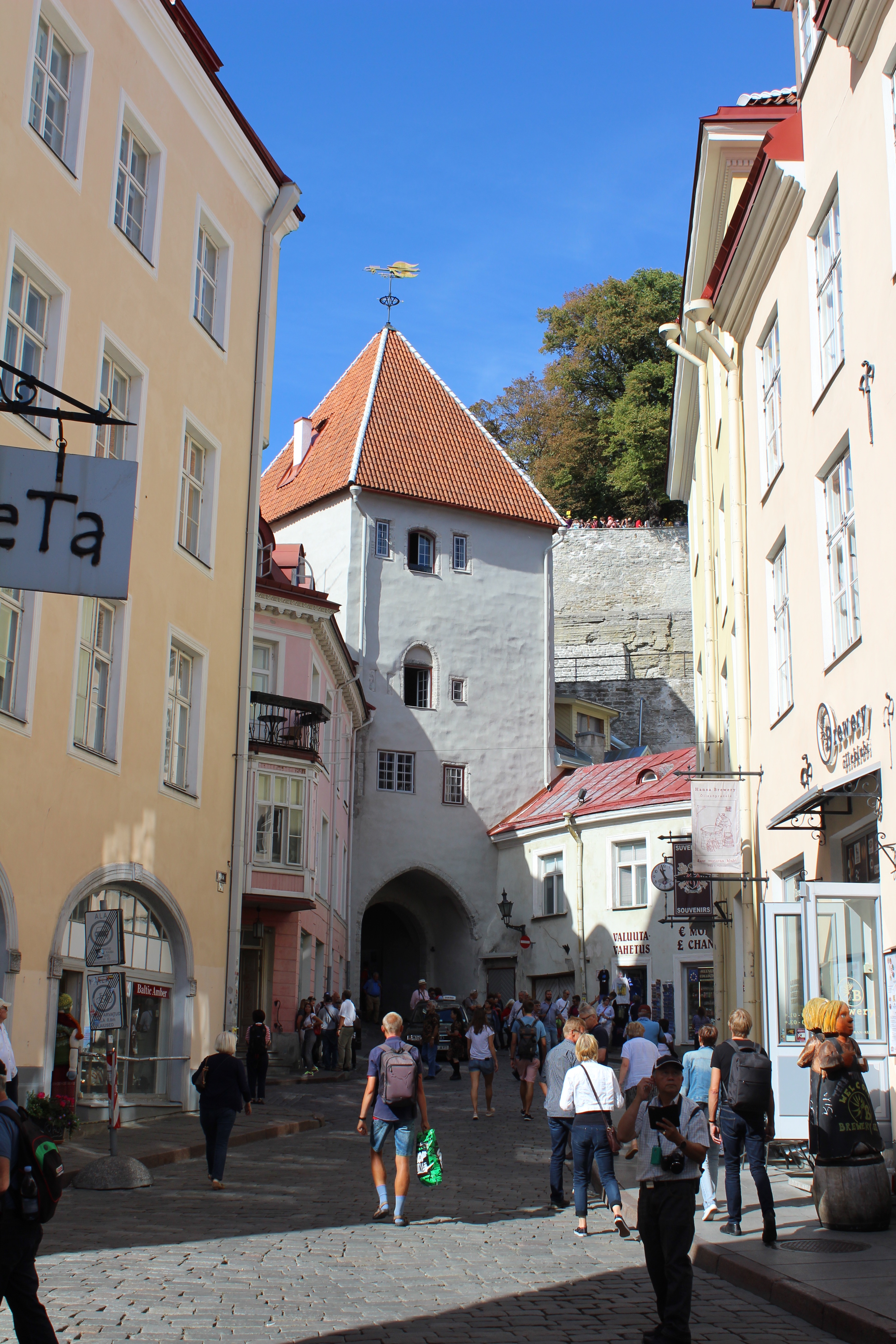 Walking through the city to the walls 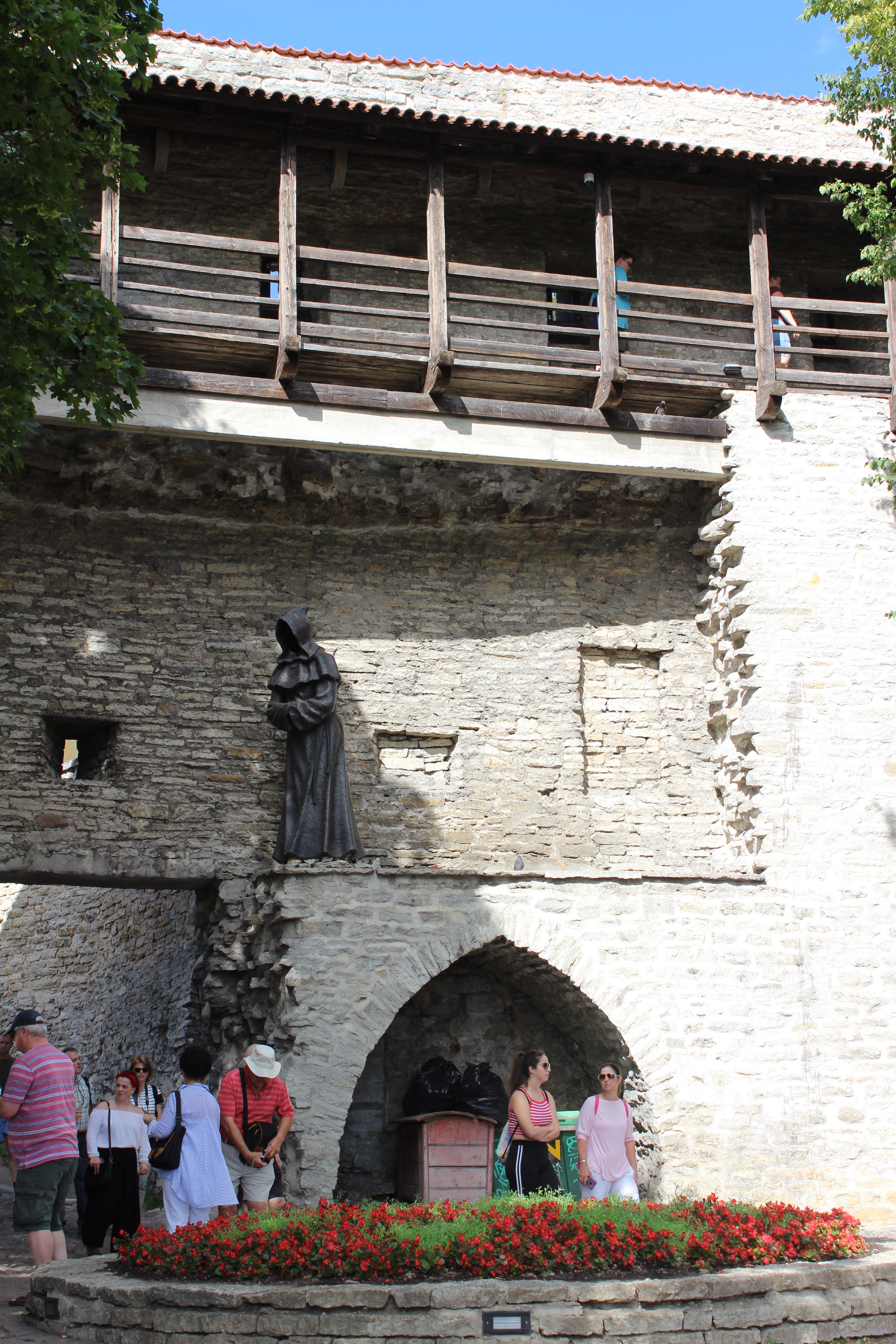 The city wall of Tallinn 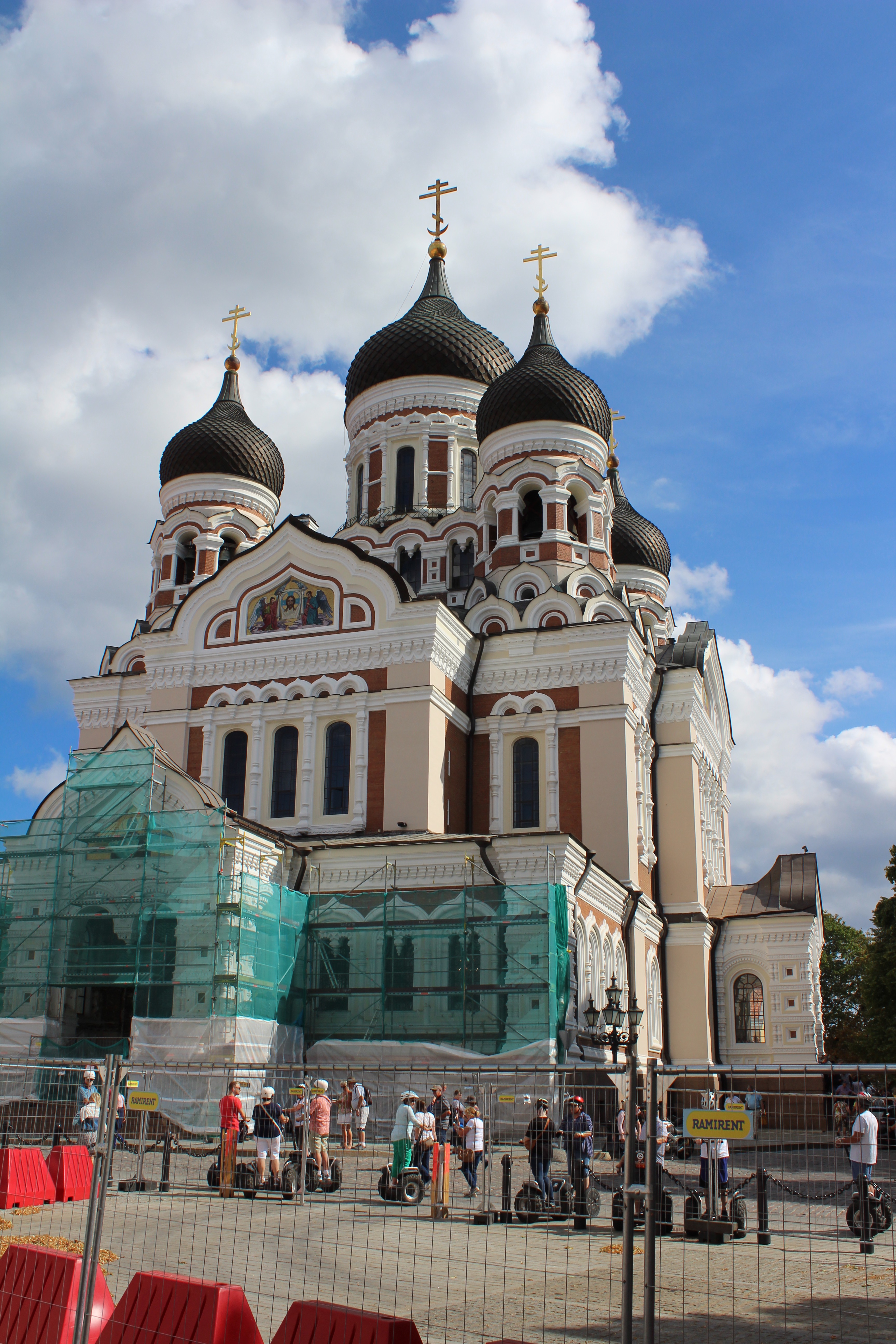 One of the many Churches of Tallin

Back on schedule we arrived at Helsinki.  We had booked a coach tour around the city and had time to walk around the seafront. 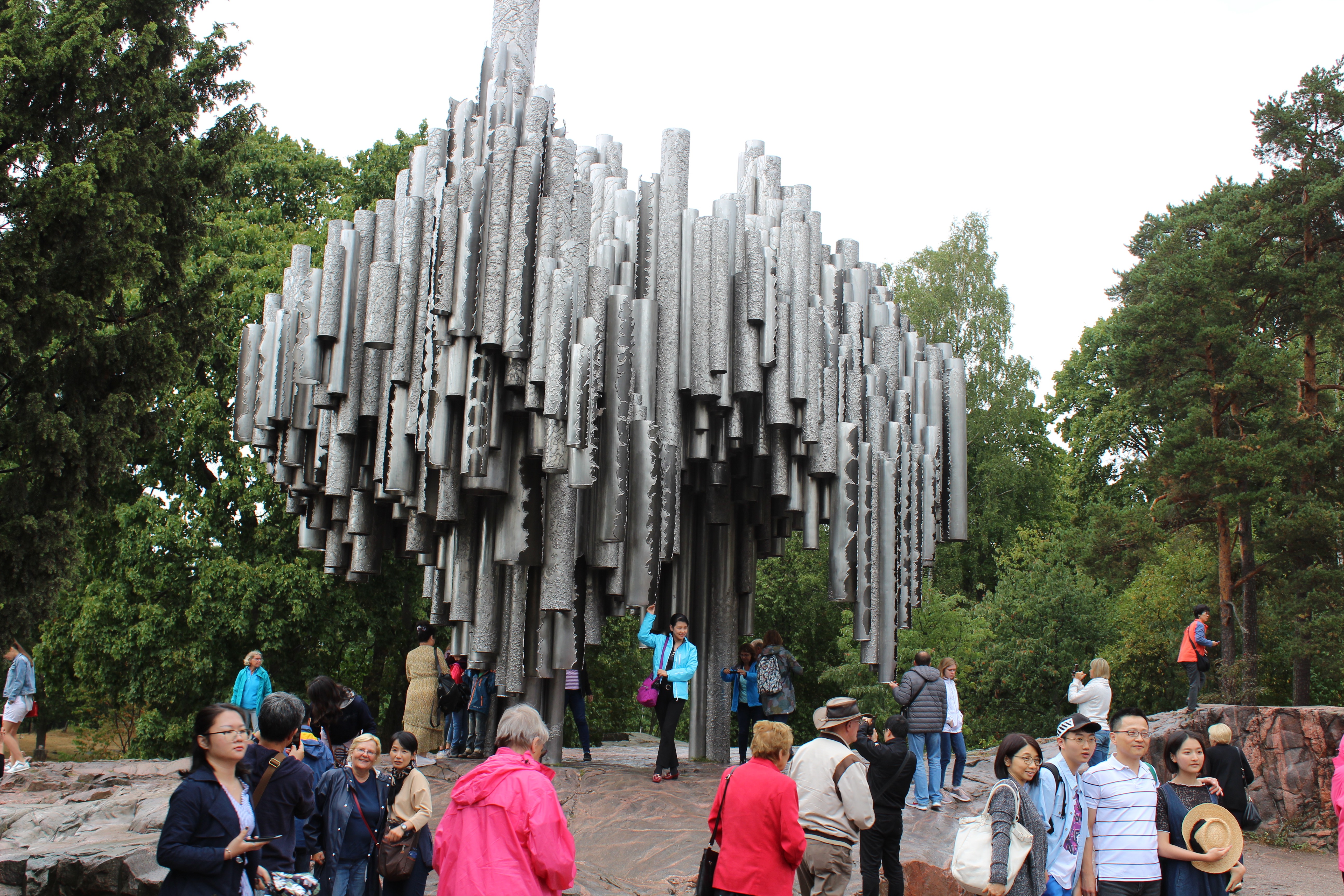 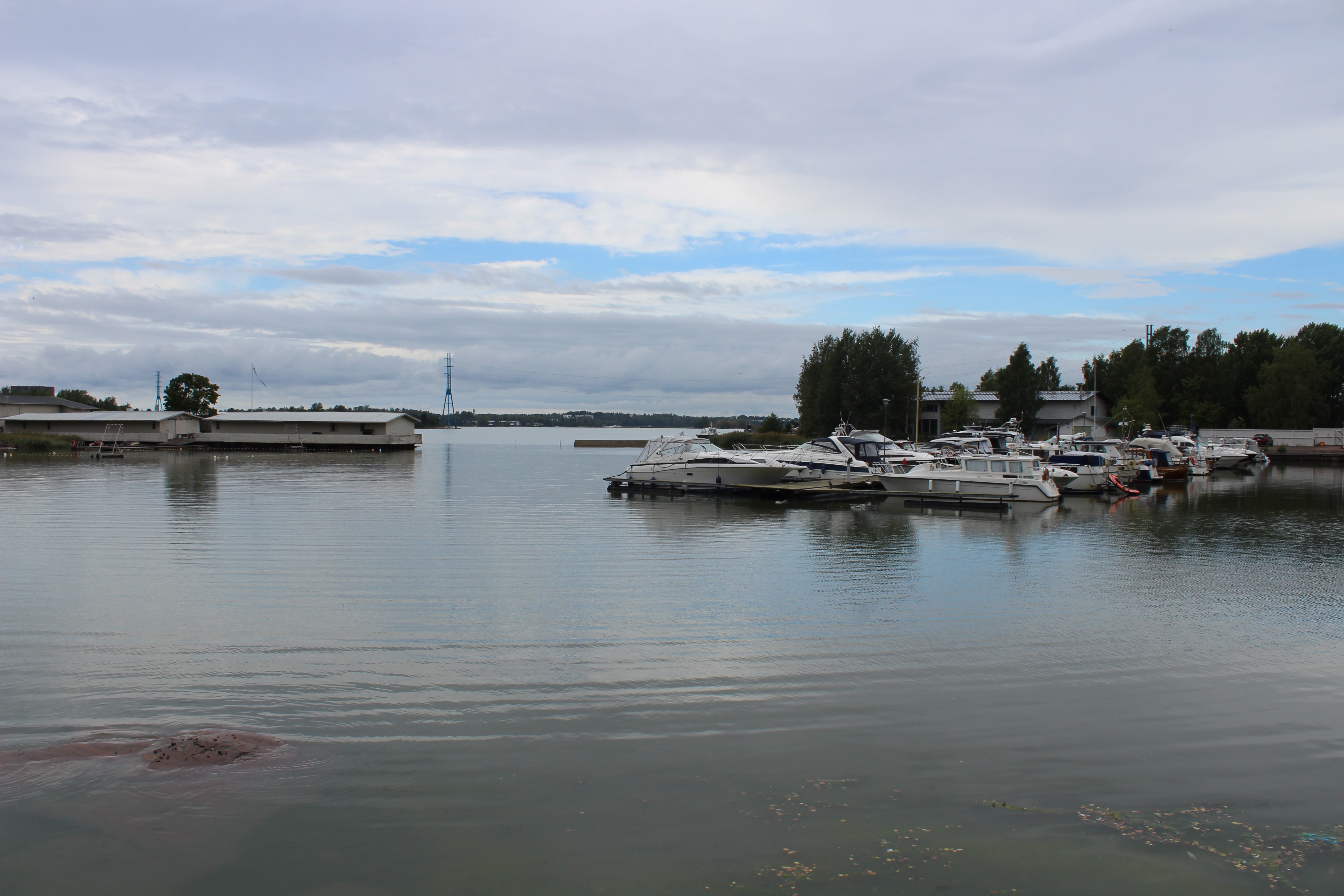 One of the many marinas in Helsinki

Next on to St Petersburg.

We went on a coach tour of St Petersburg having lunch in the City. 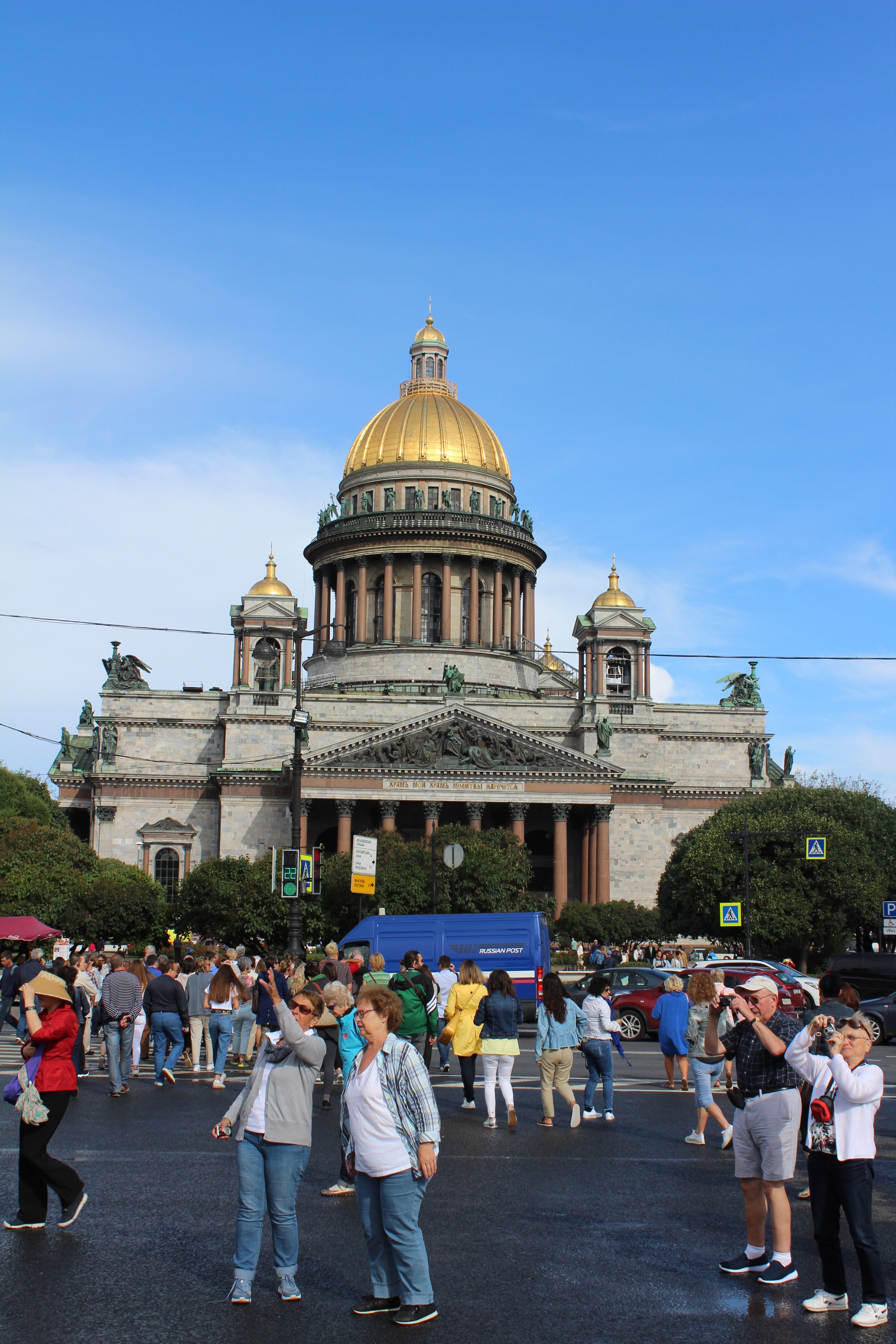 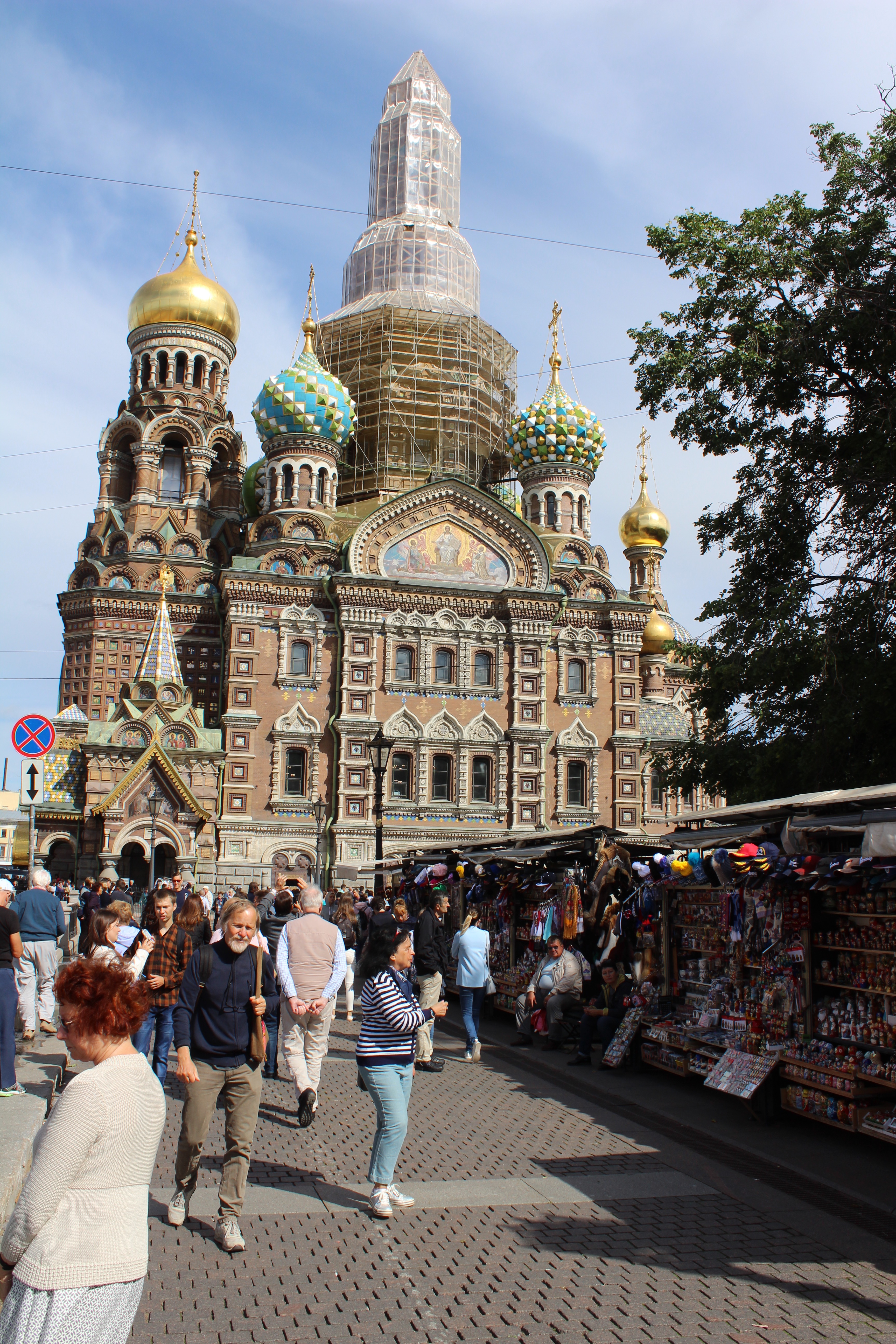 Another Church in St Petersburg.

In the afternoon we went to the Summer palace at Peterhof, for a walking tour of the gardens, there are over 150 fountains in the gardens all fed by gravity (no pumps). 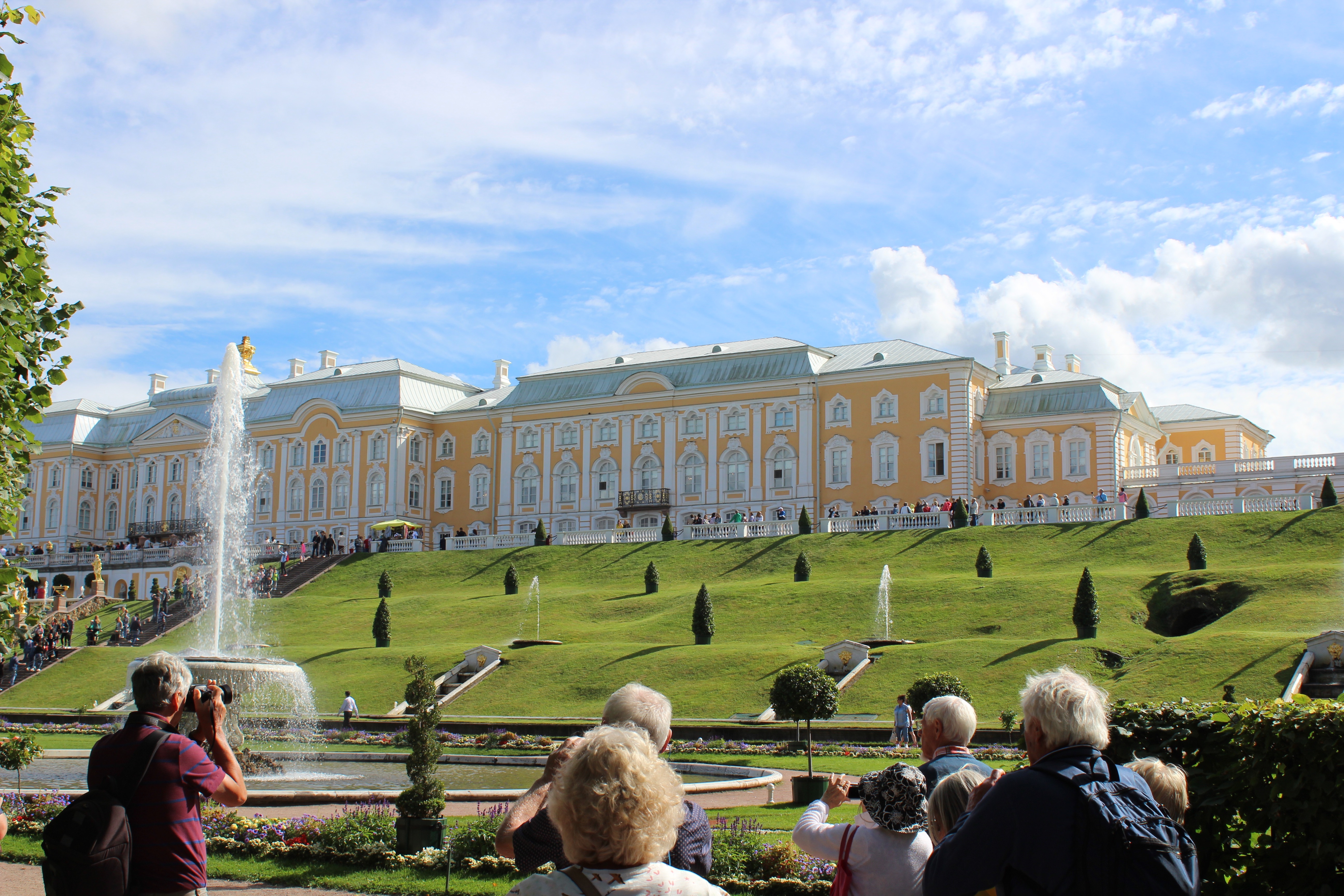 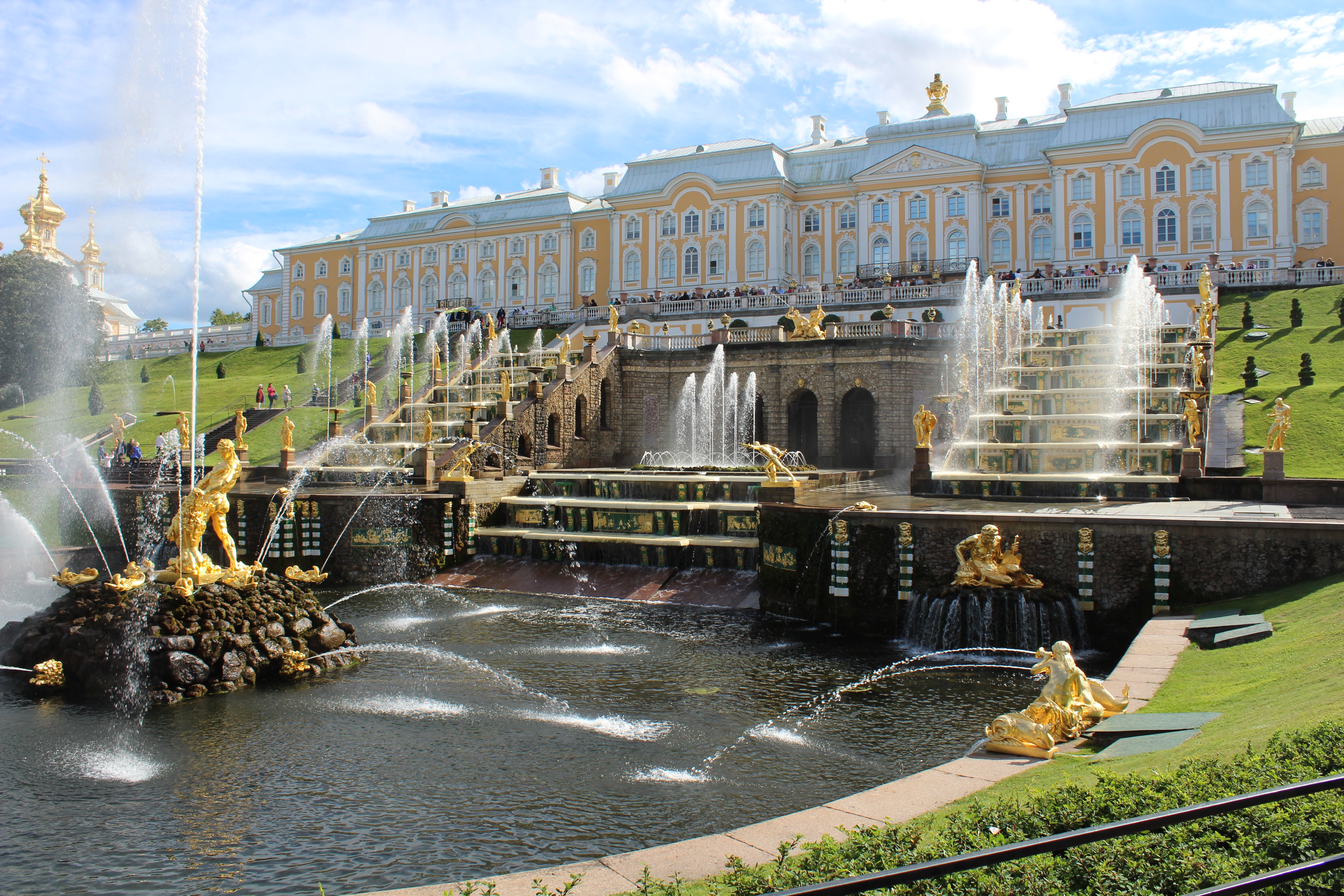 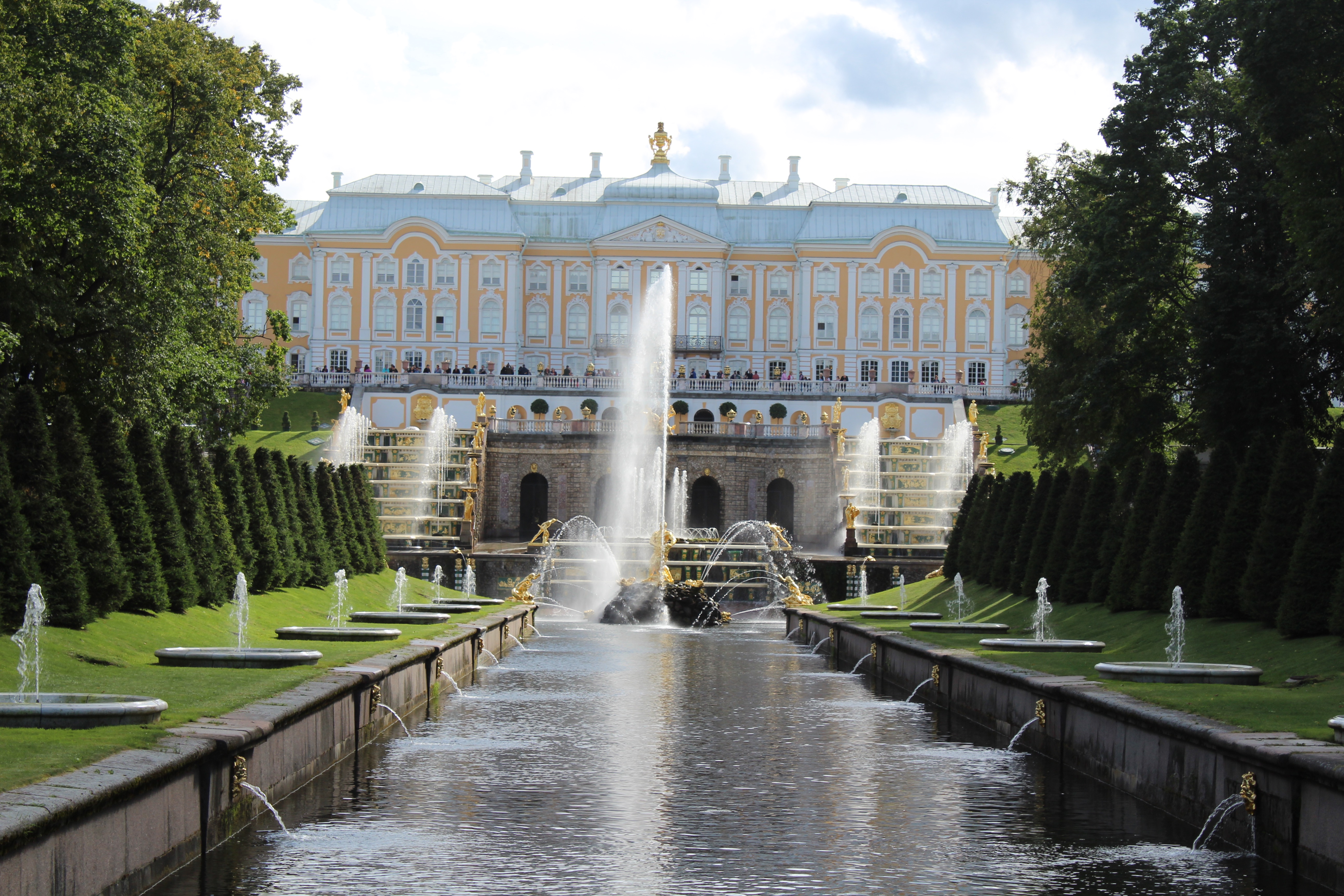 The grand falls run into the canal which empties in to the sea. 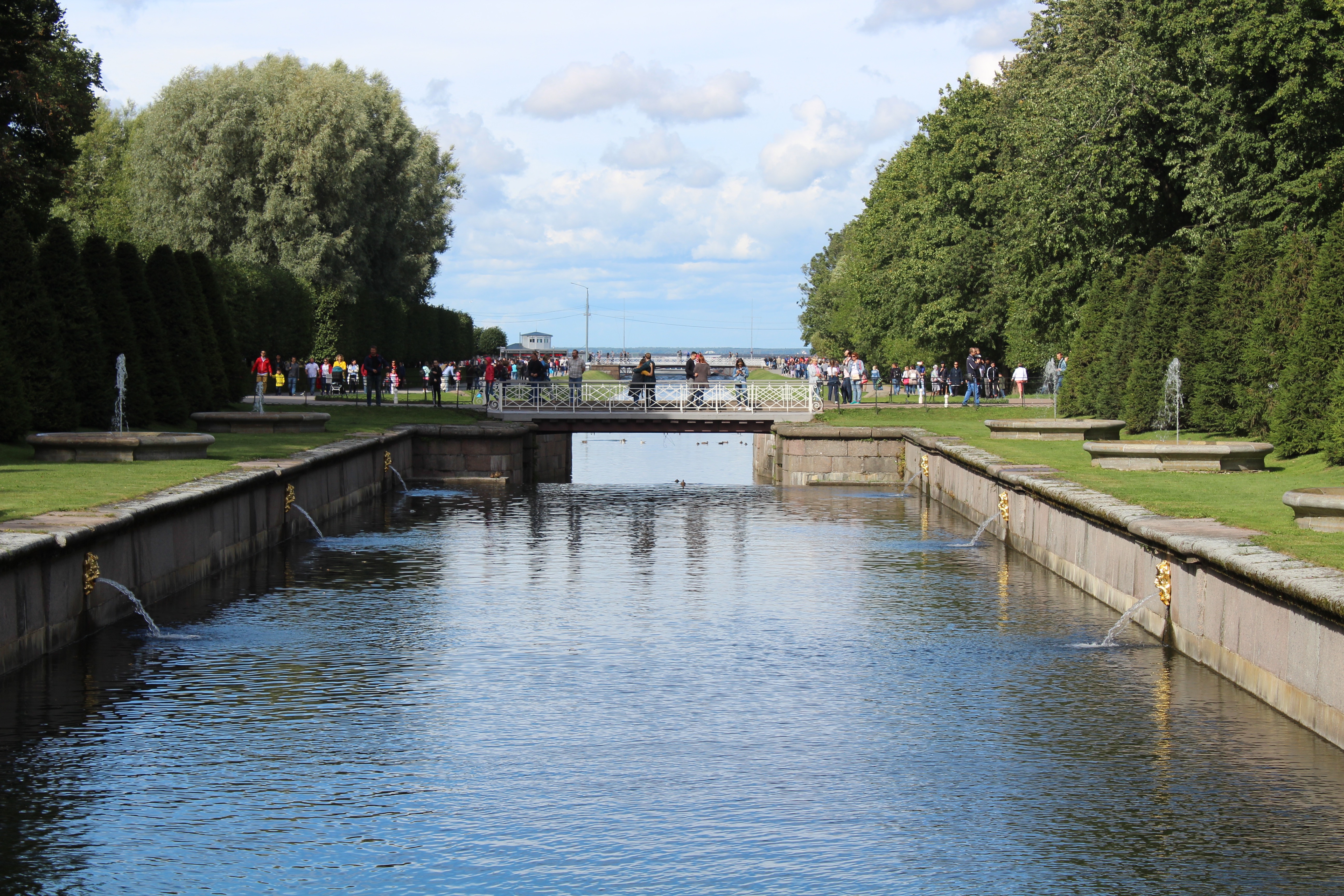 The Canal tempting into the Baltic. 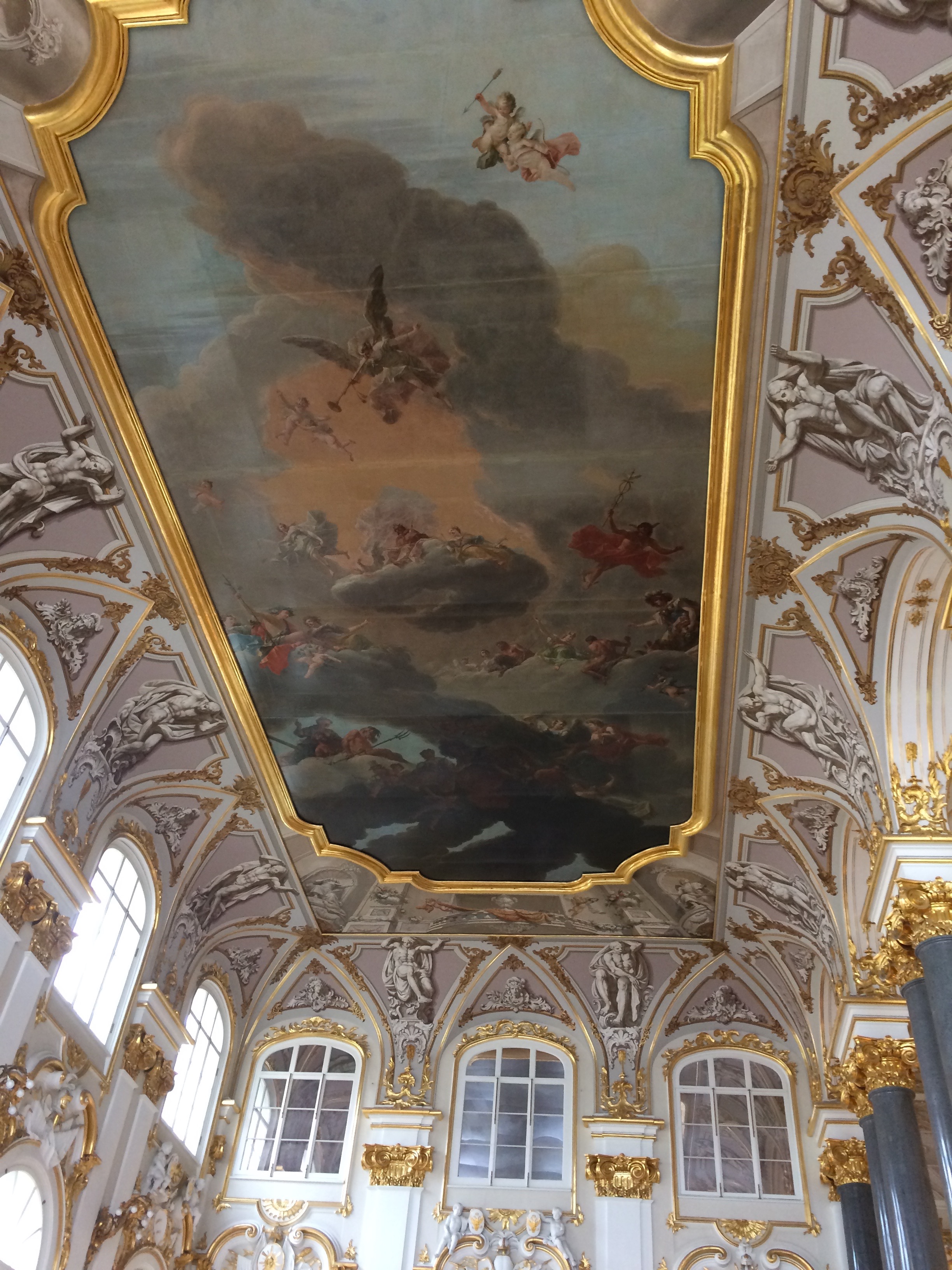 One of the many staircases, the opulence is breath taking. 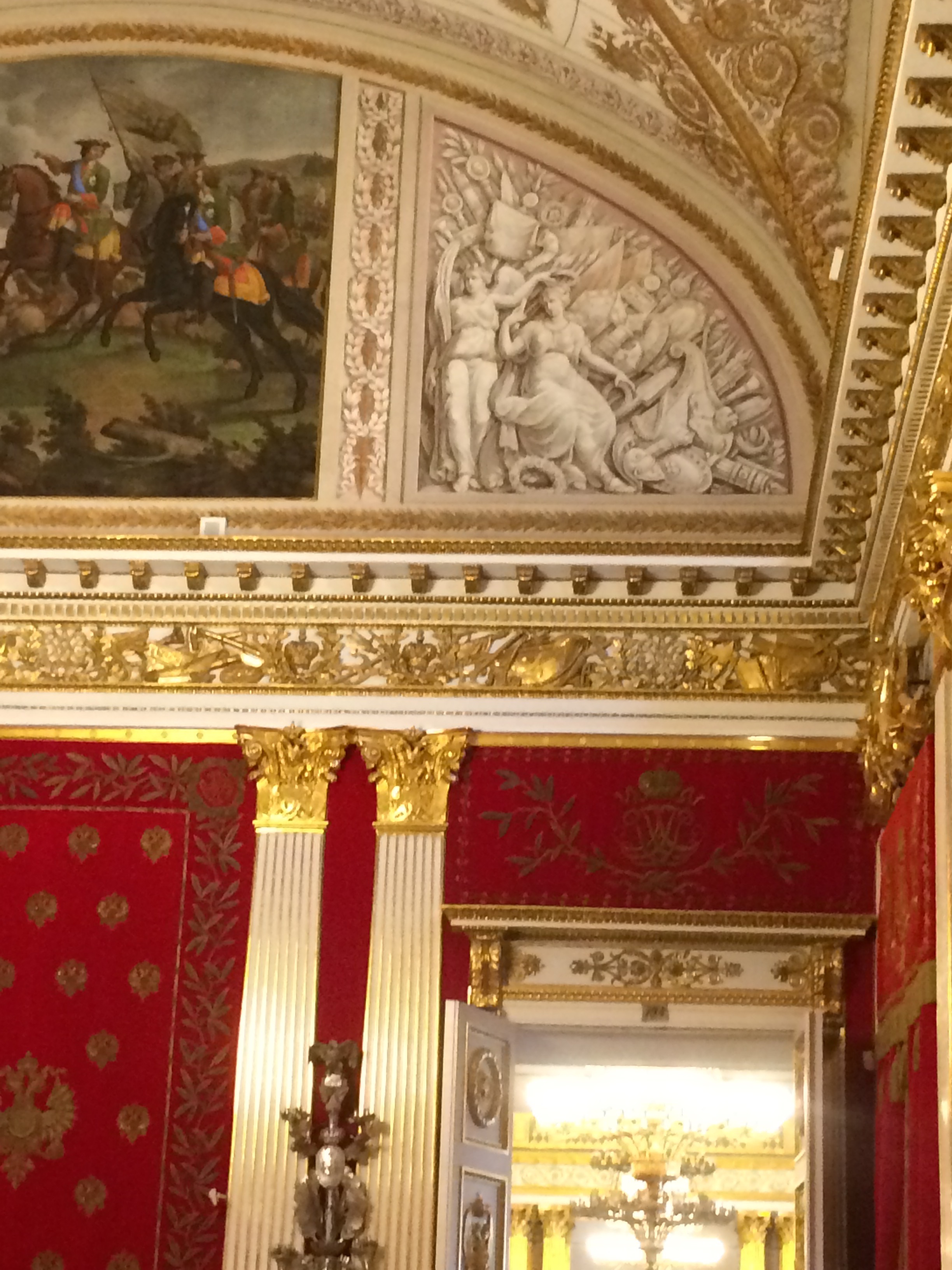 Every room is stunning and leads on to the next room.

The throne room, even the floor is decorative. 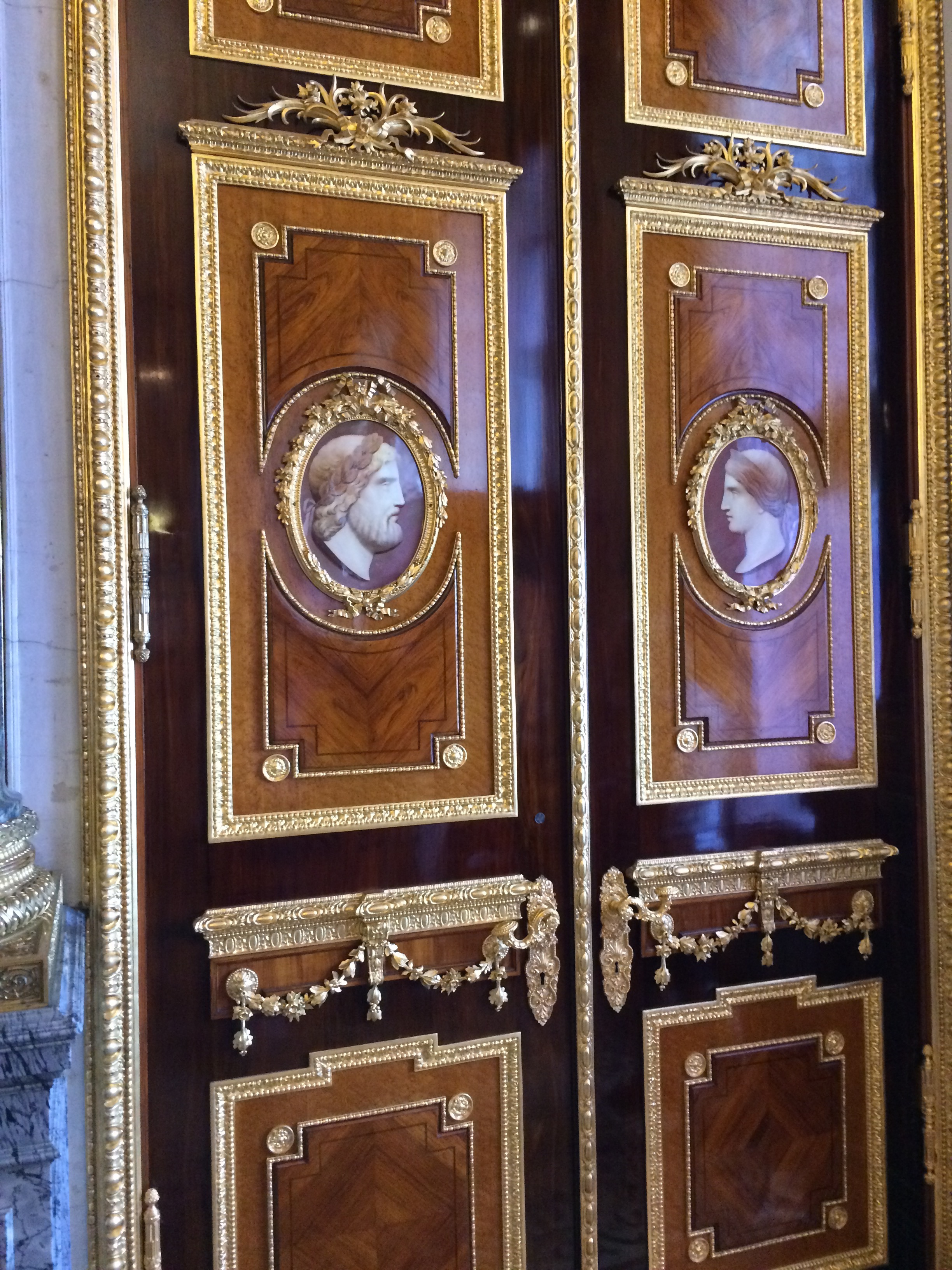 This is a door from one room to another 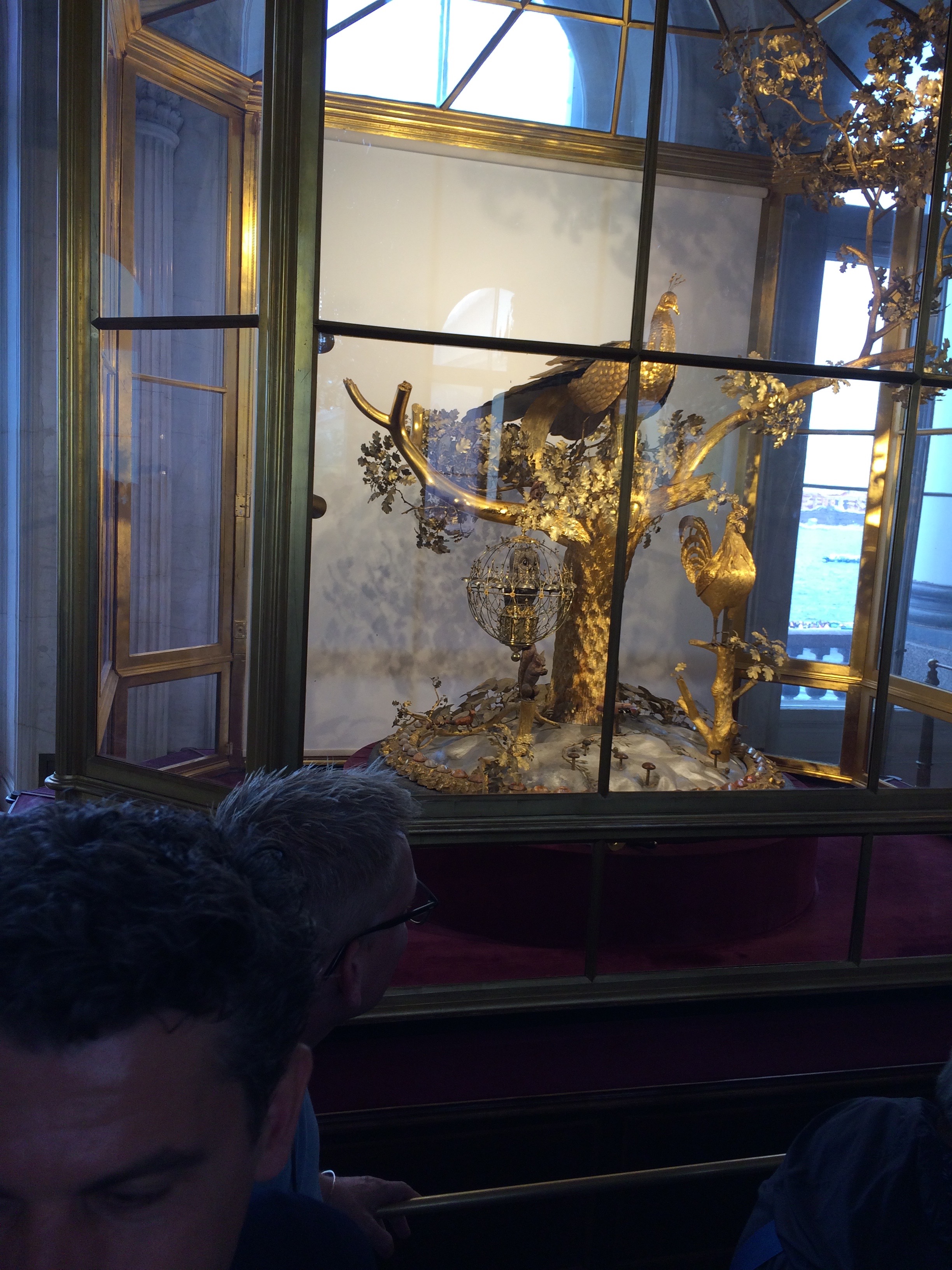 The famous Peacock Clock which is amazing when it is allowed to work, we saw a video showing it as the hour is struck.  The peacock raises its tail and all the animals move.

The next day we were at sea on route to Riga in Latvia. 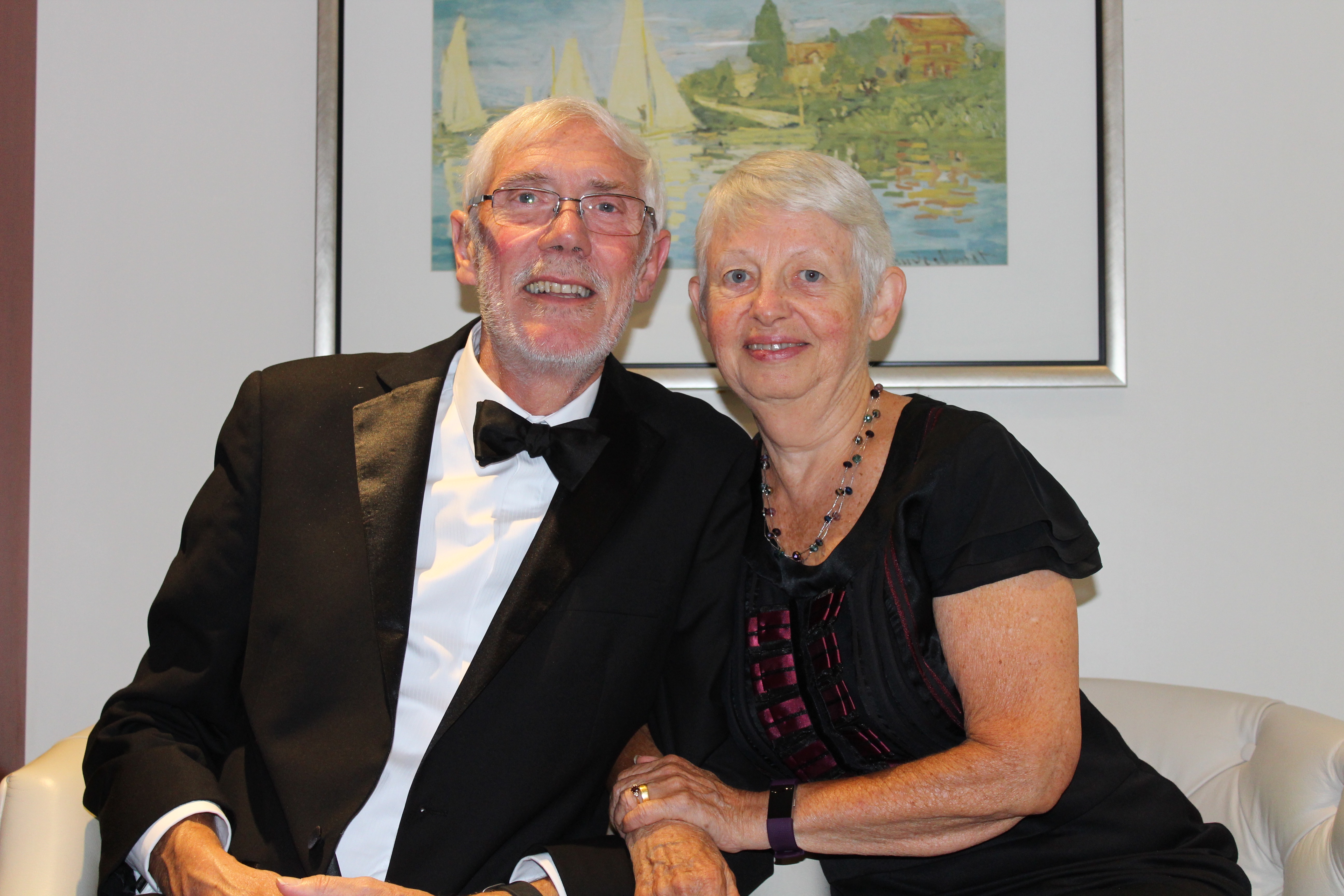 It was a formal dinner night hence the posh gear.

In  Dome Square Riga were the United Buddy Bears, there were more than 140 of them.  They are 2M high and set an example for tolerance and international understanding.  Each one represents a country of the United Nations and was designed by an artist of the respective country. 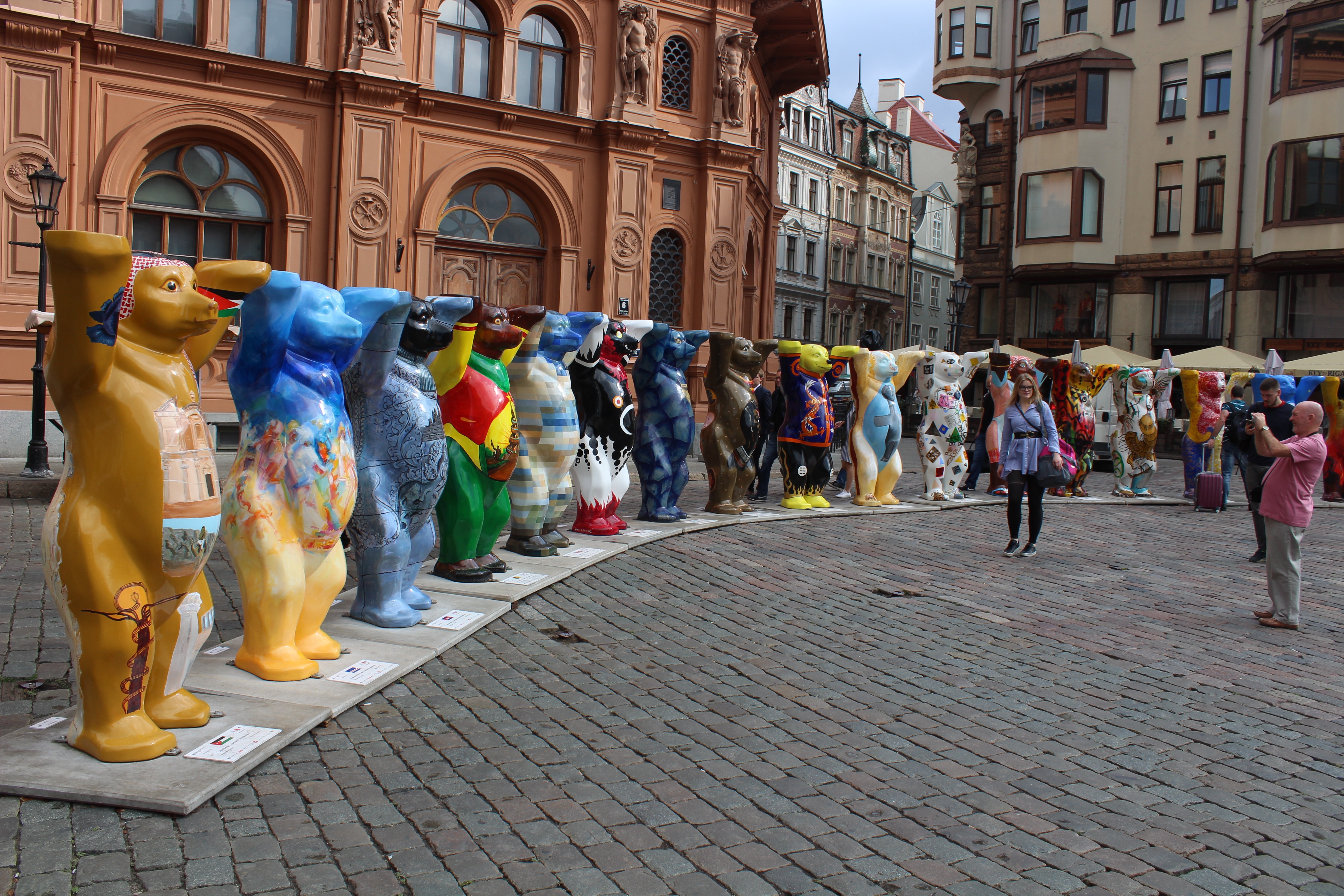 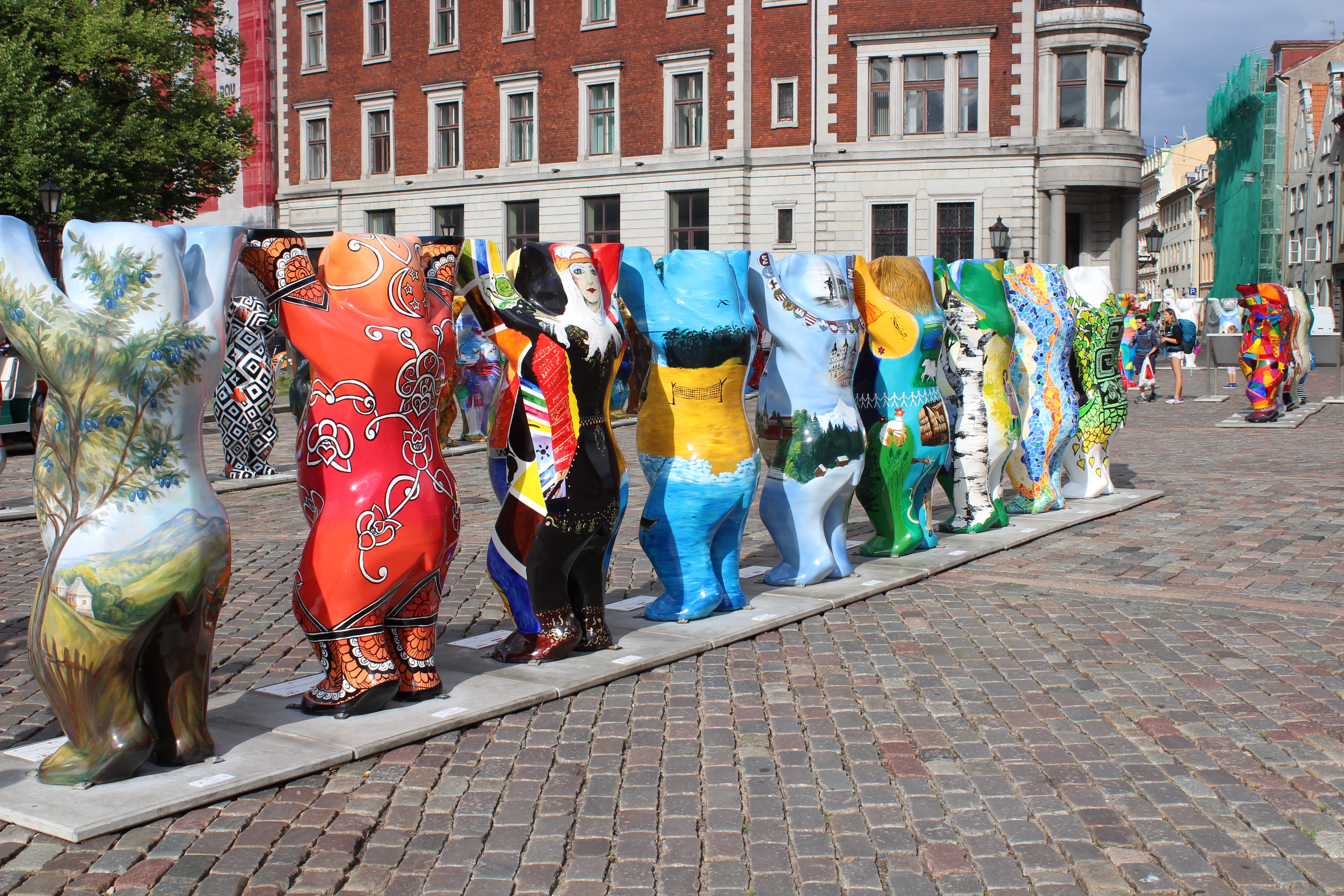 They are decorated on both sides, some are better and more imaginative than others. 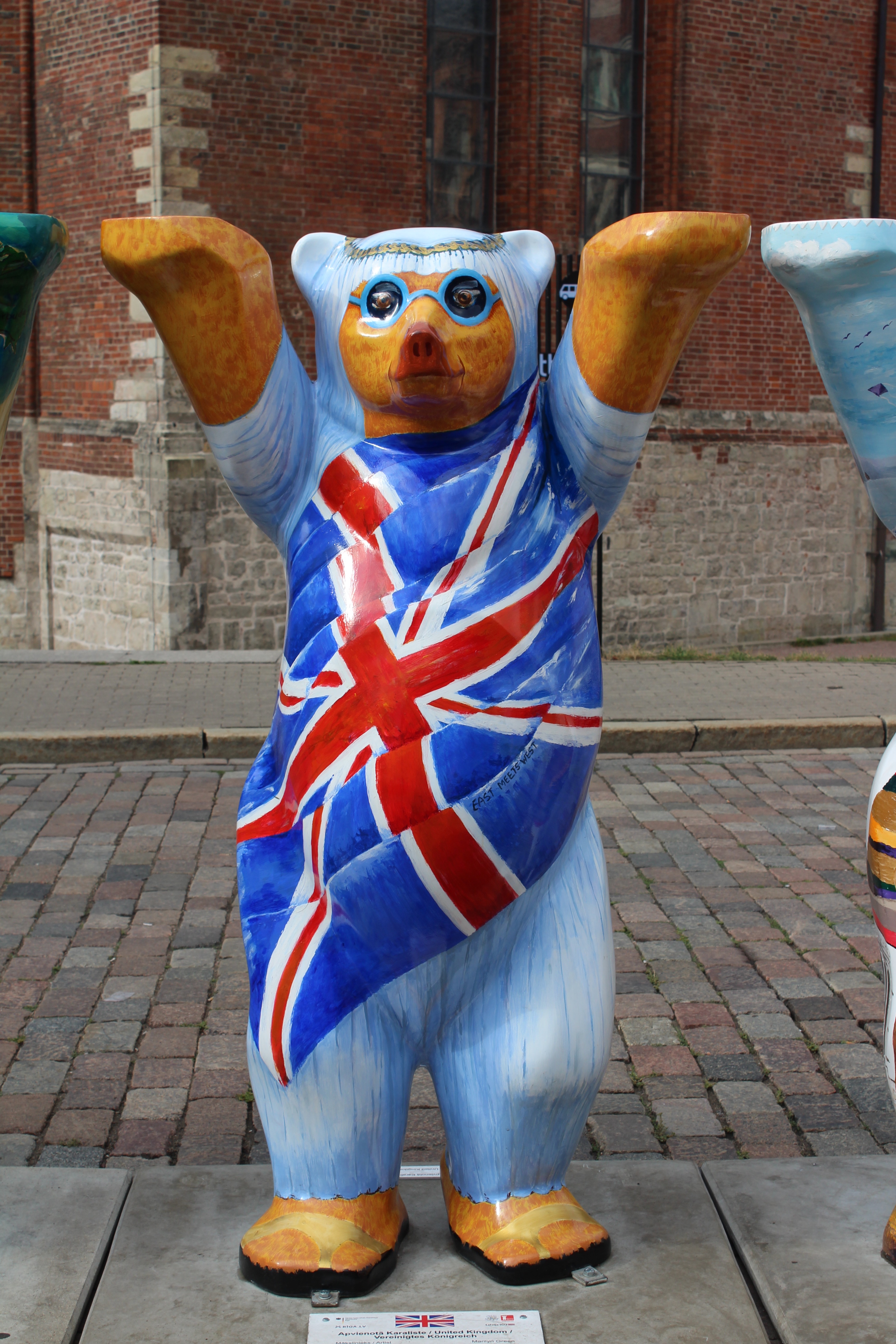 This was the UK’s  entry.

We moved on to Liepaja Latvia which is known throughout Latvia as the windiest city in Latvia. 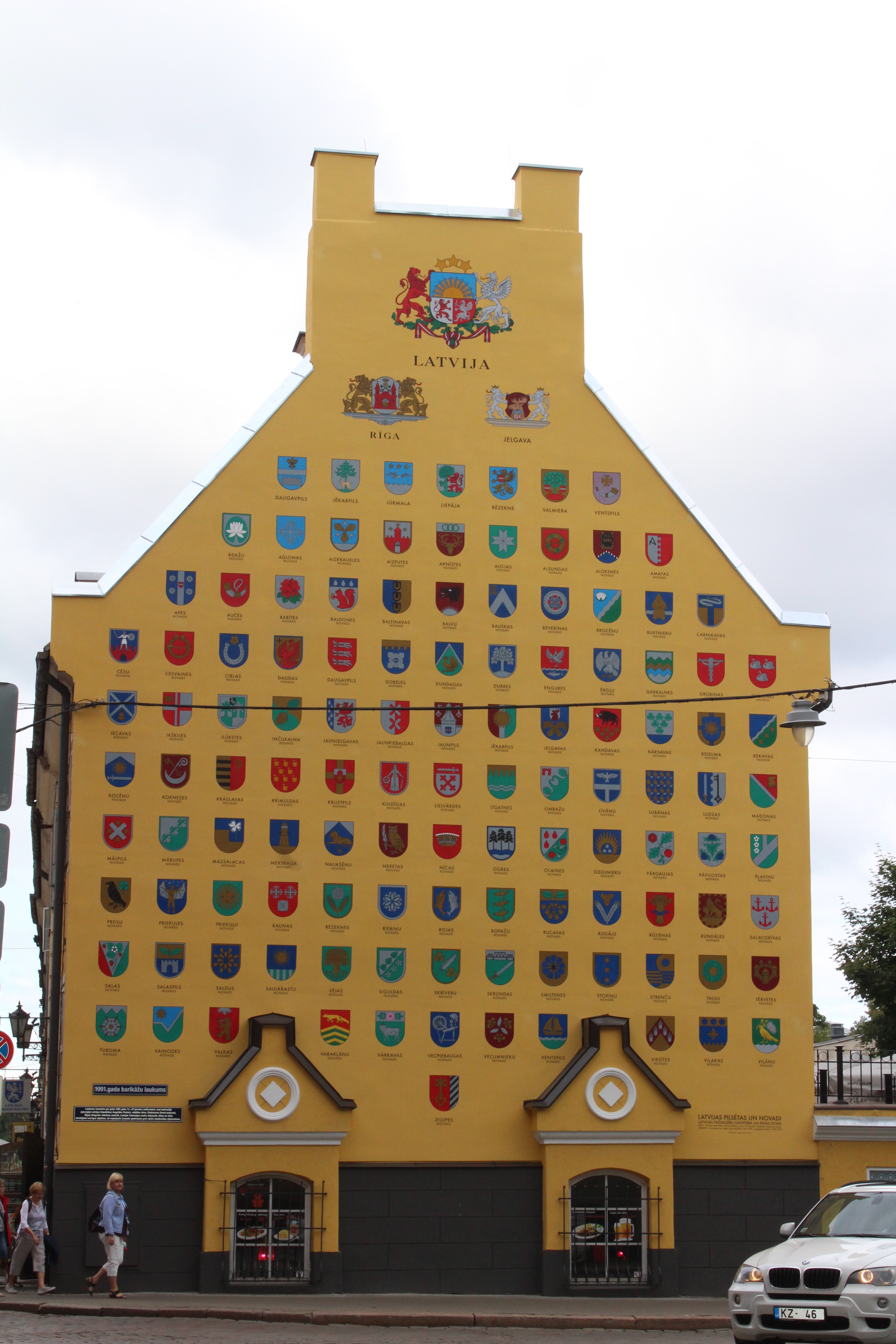 This shows all the cantons Latvija 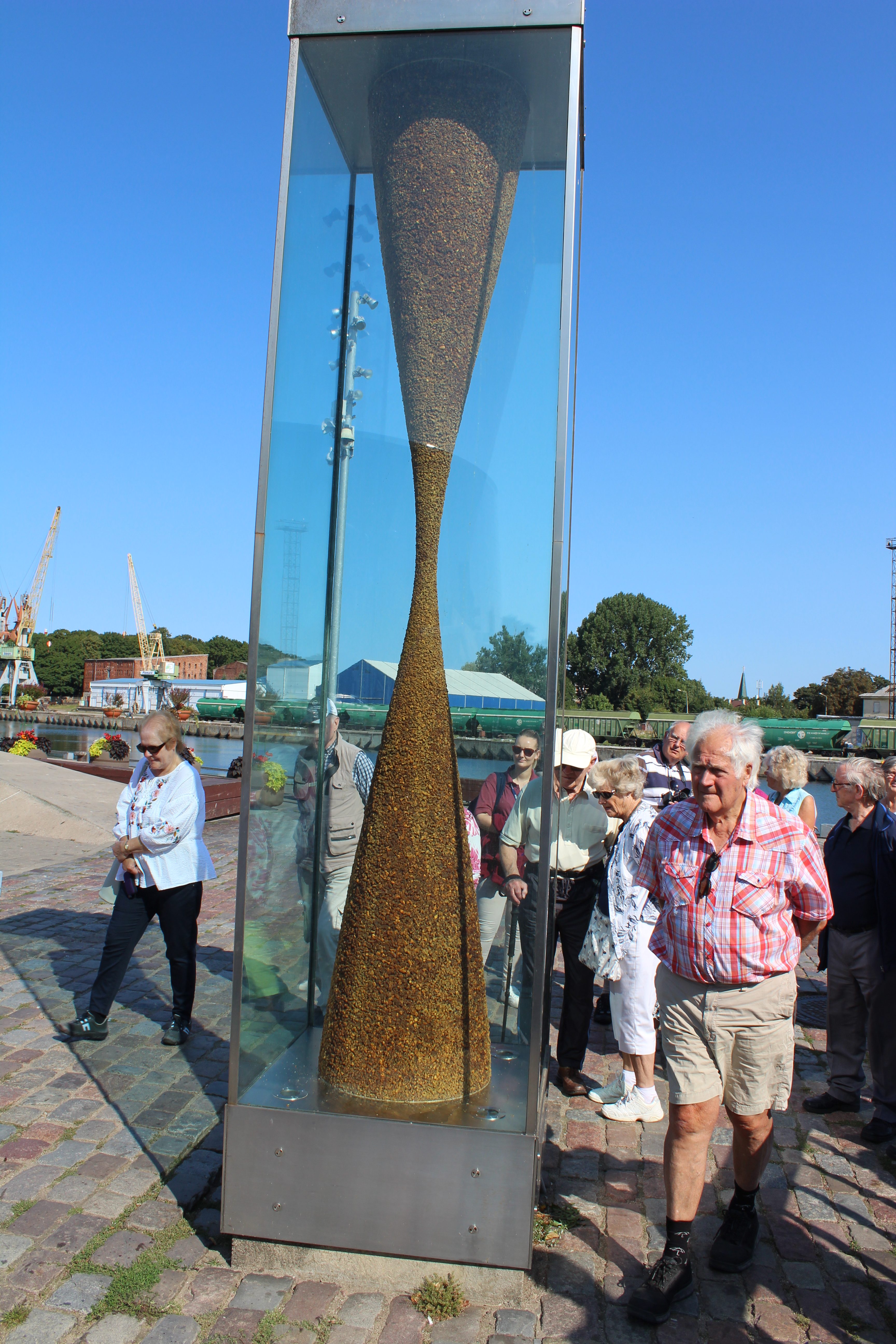 This is made from pieces of Amber 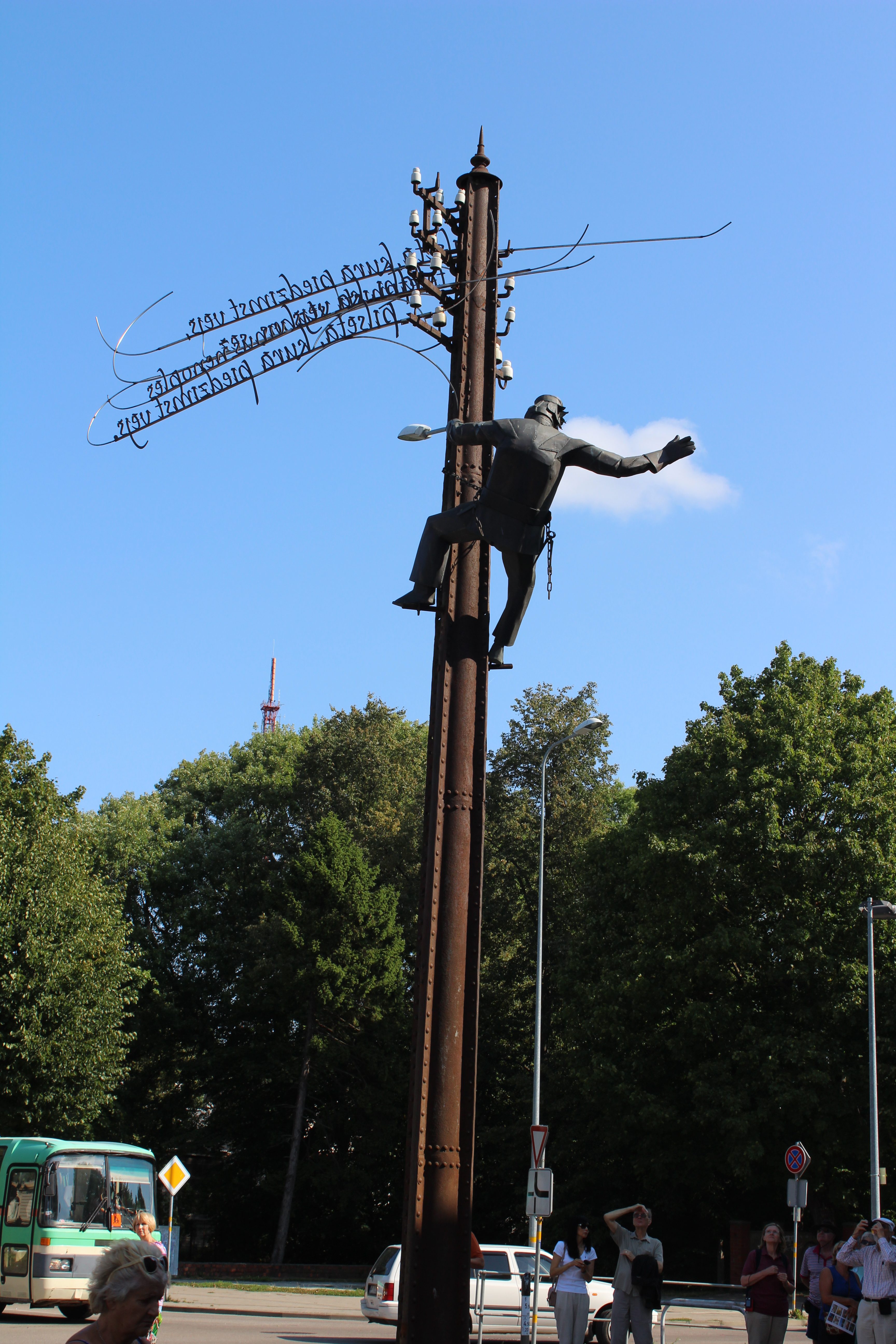 an unusual piece of street art 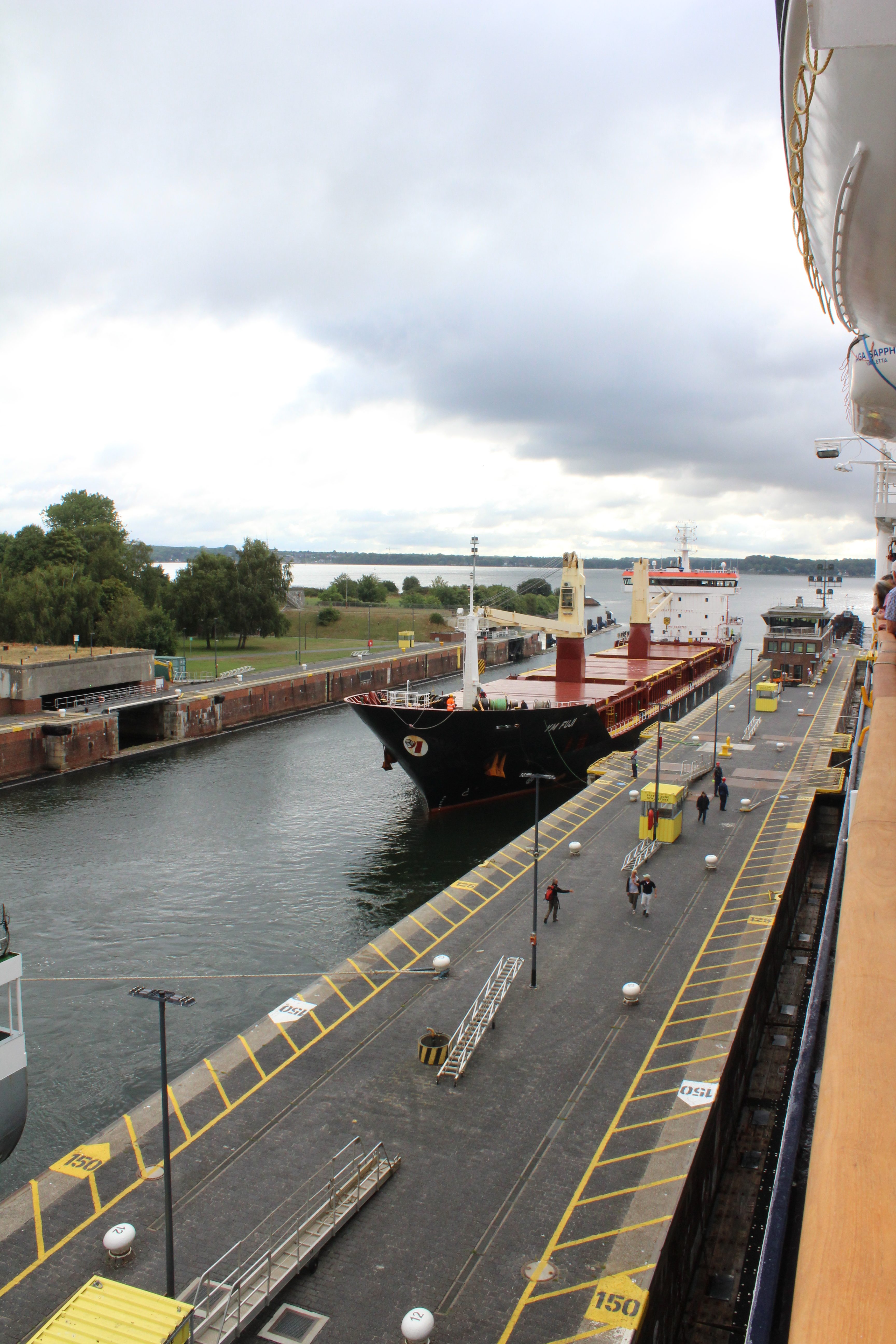 Entering the lock at Kiel 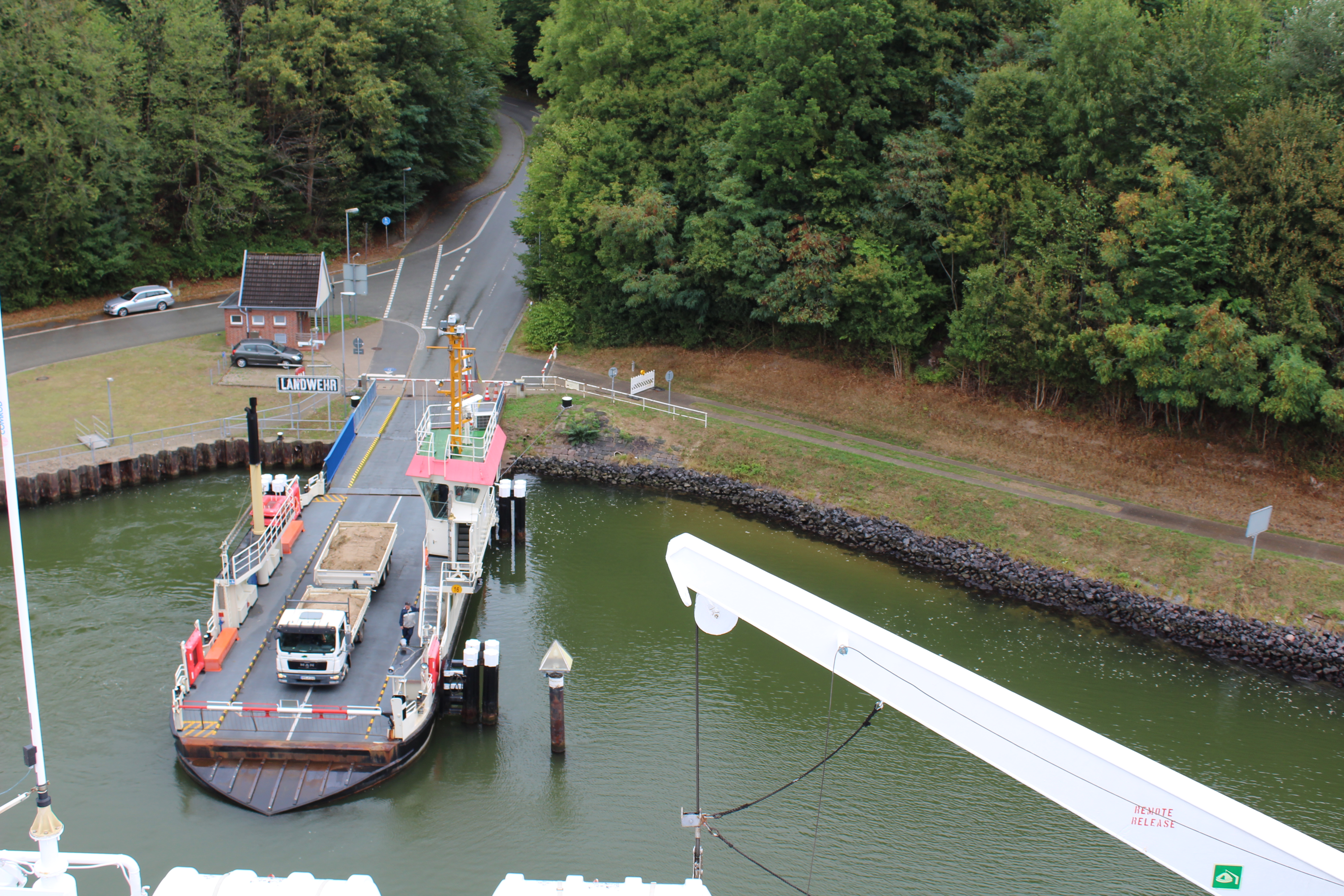 One of the many floating bridges on the canal 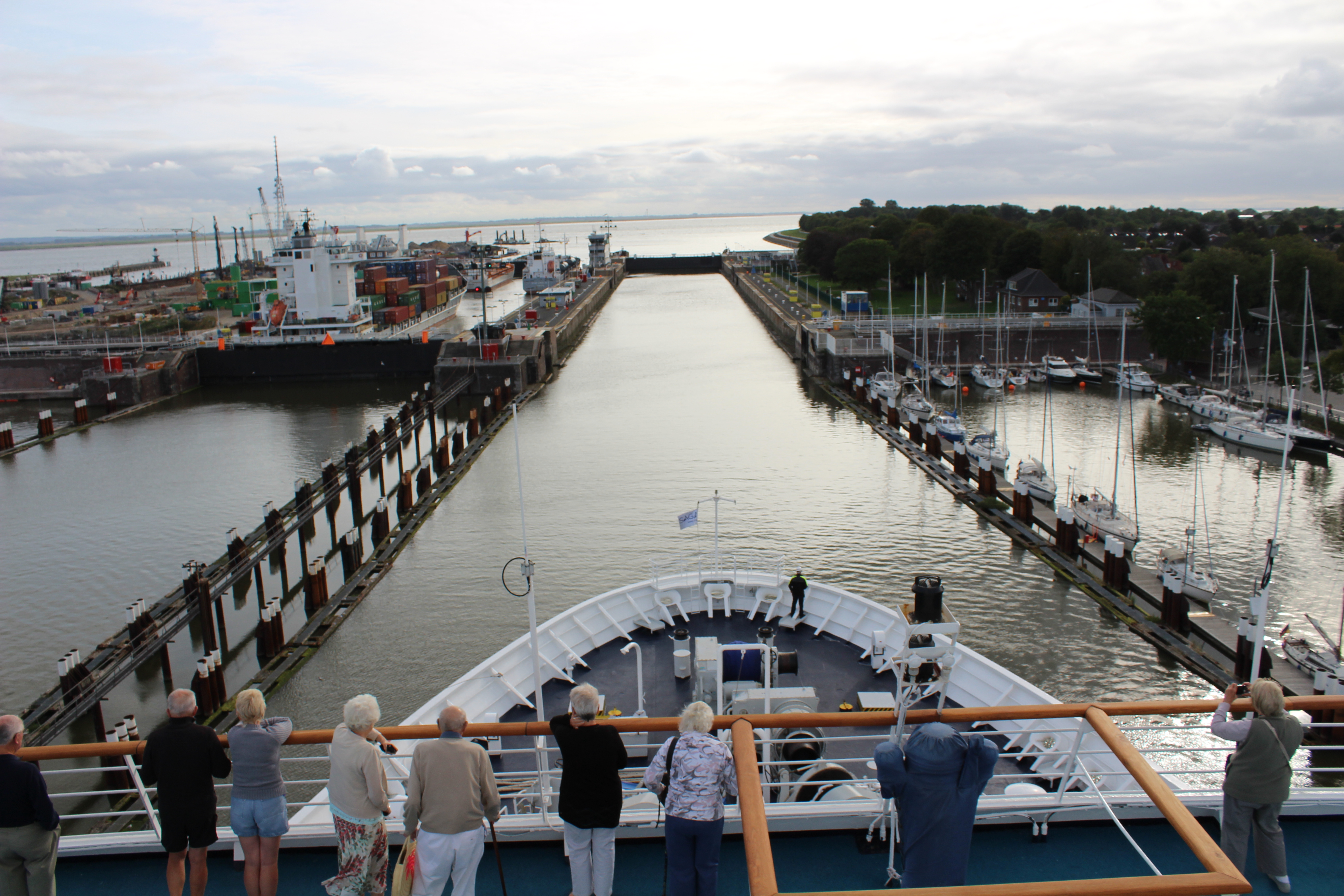 Entering the lock at Brunsbuttel, the southern end of the canal 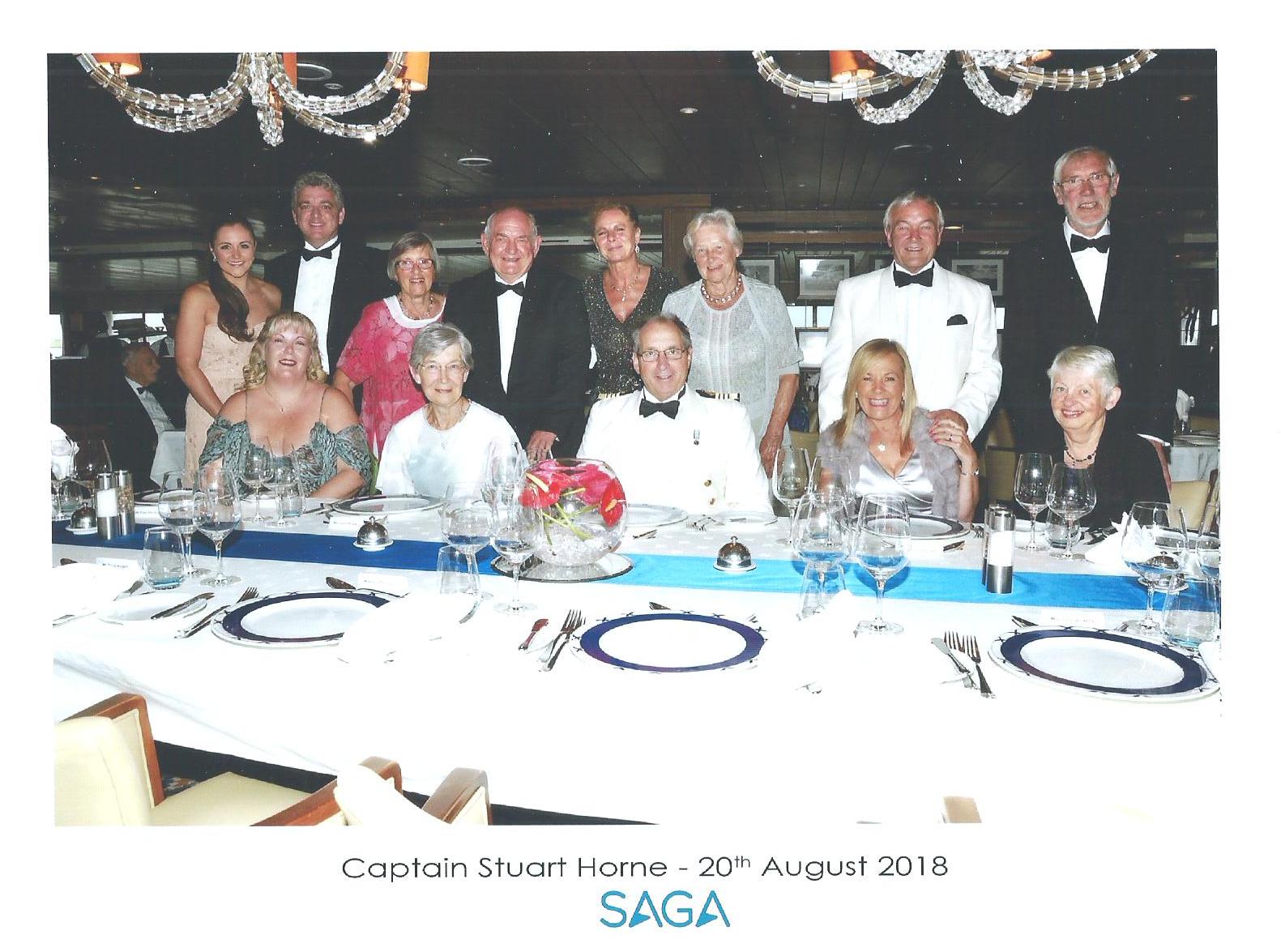 On the last formal dinner we were invited to the Captains table.