We flew from Manchester on the 24 February 2011 via Dubai to Beijing, and stayed for 3 nights at the Double tree hotel in central Beijing. 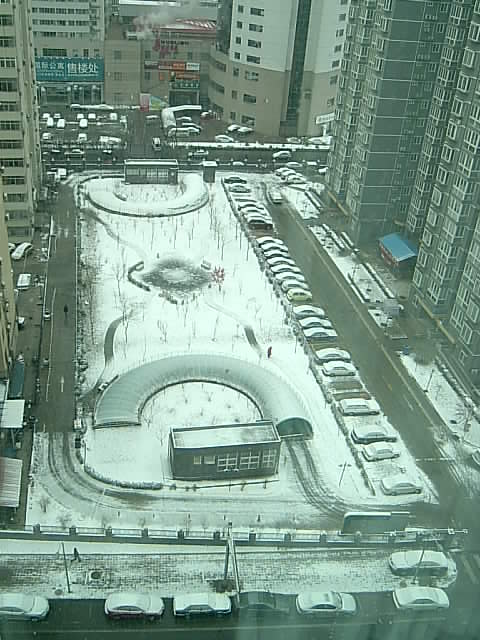 The view from our hotel window as you can see it was snowing and very cold. 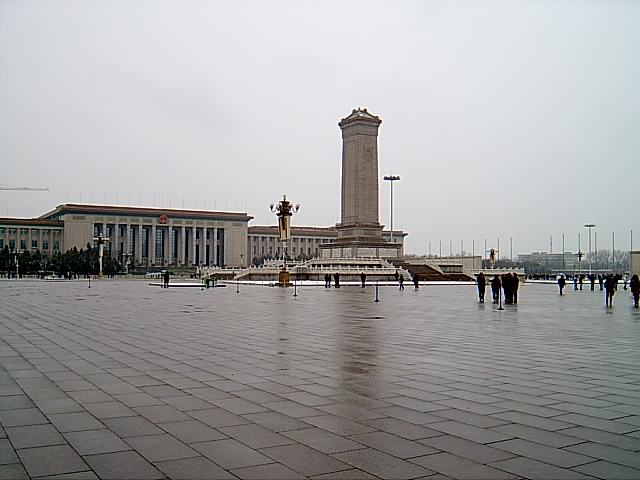 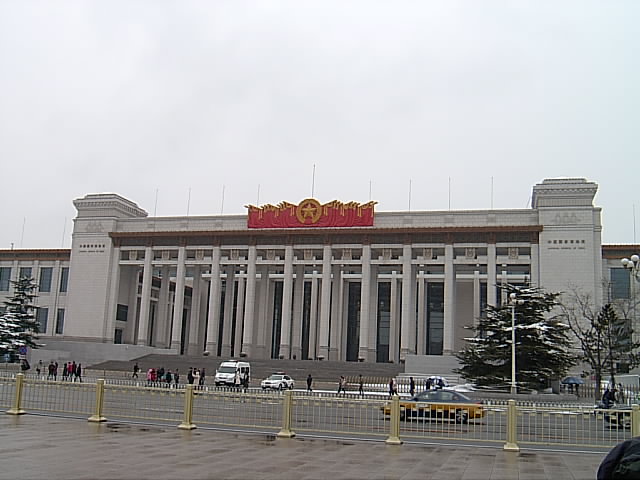 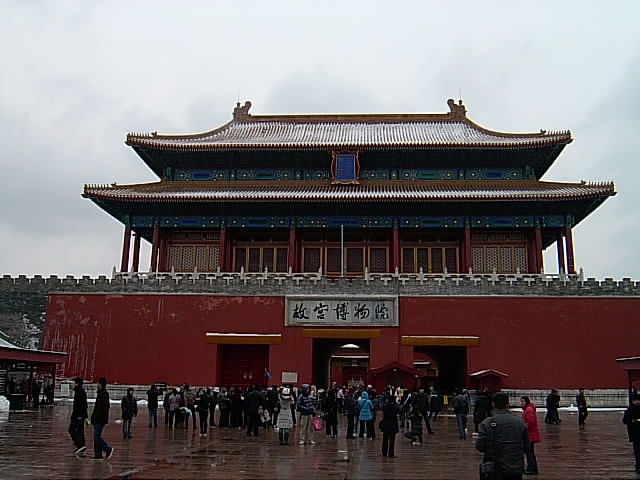 The gates to the Forbidden City. 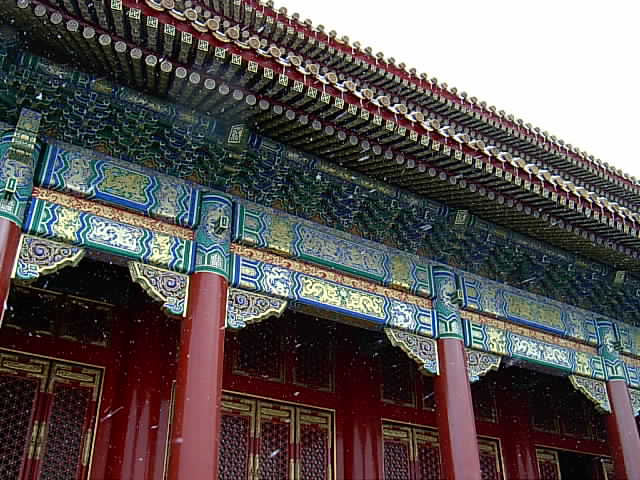 While we were inside the Forbidden City It was the coldest I have ever been.   It was snowing and very windy. 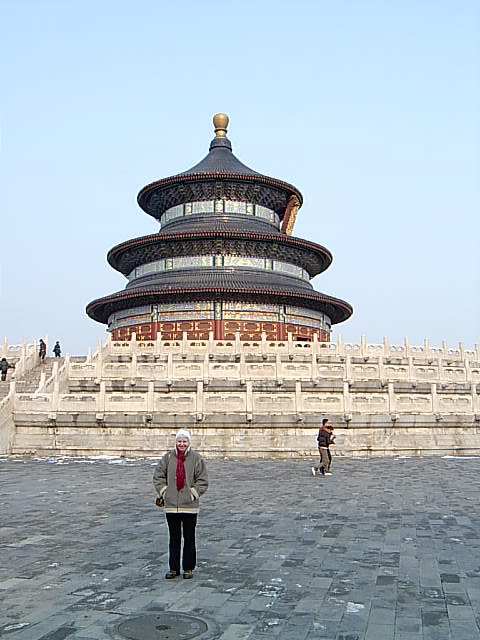 The Temple of Heaven, and a very cold Jenni.

Full days tour to Badging to see part of the Great Wall, then on to the Summer Palace. 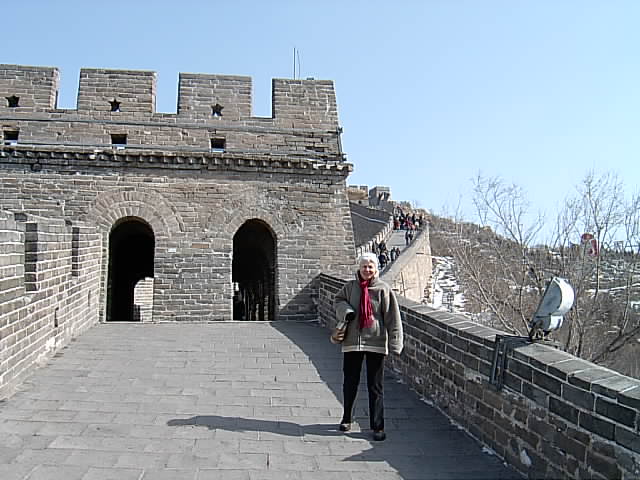 Still very cold but the sun was shining as we walked along the Great Wall. 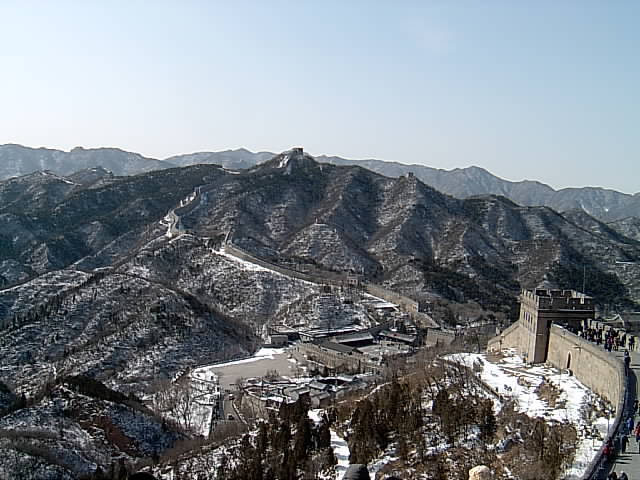 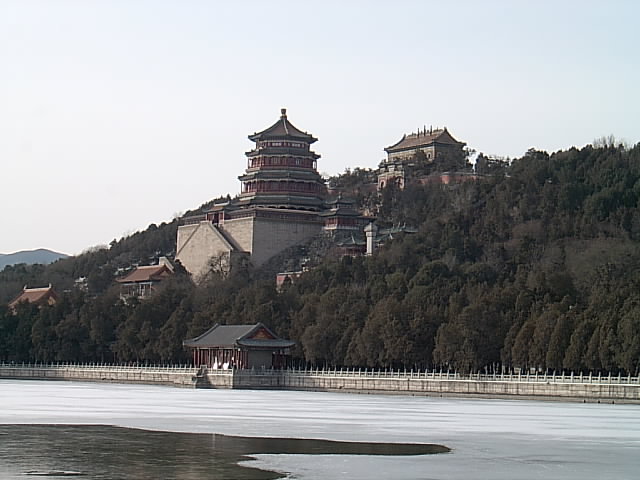 The Summer Palace with the lake frozen. 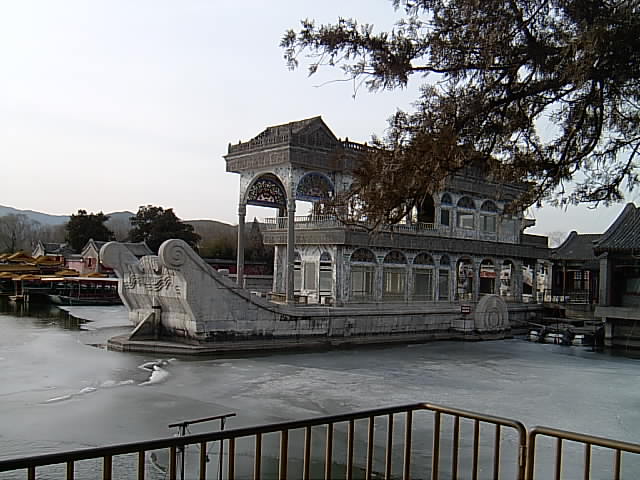 The Marble Barge set in the lake. 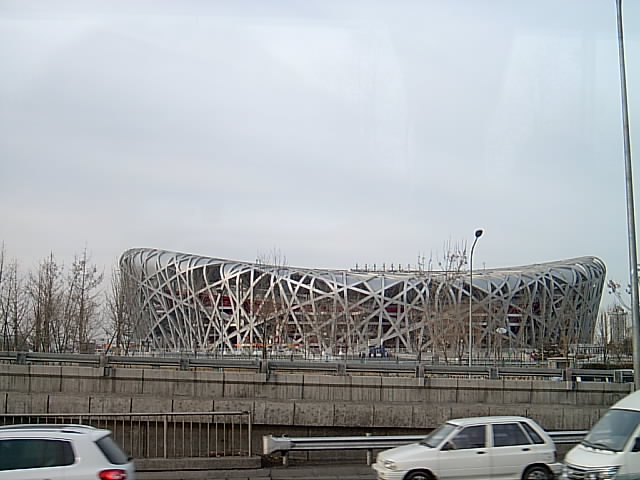 On the way back to the hotel we stopped at the Olympic park to see the birds nest stadium.

Flew to Xian for two days, staying at the Sofitel Renmin Square.

All around the city walls were various statues, this one was made from china cups and plates.  Unfortunately my camera went straight from the airport to the hotel and these were taken on my very old iPhone hence the picture quality. 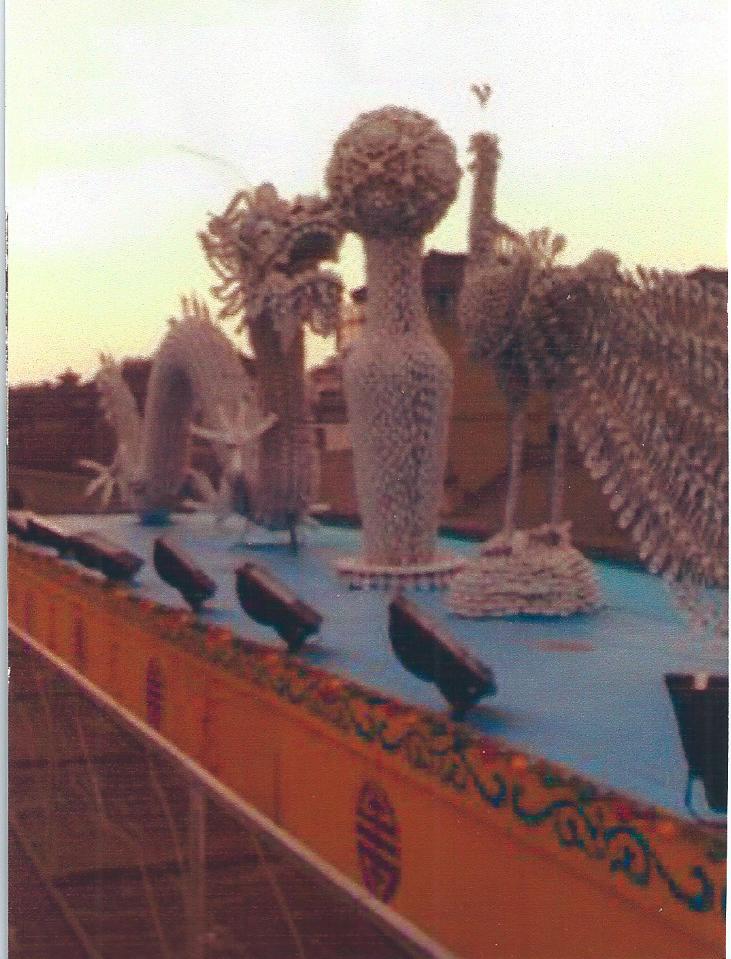 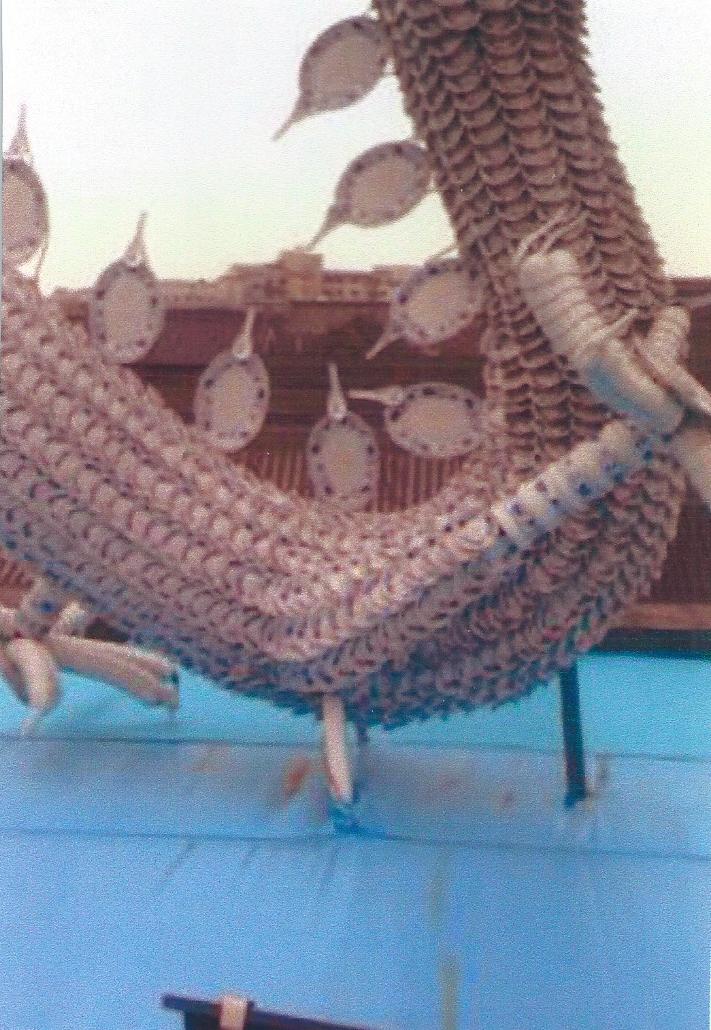 You can see what they were made from better in this one.

The Terracotta Warriors, what an experience!!! 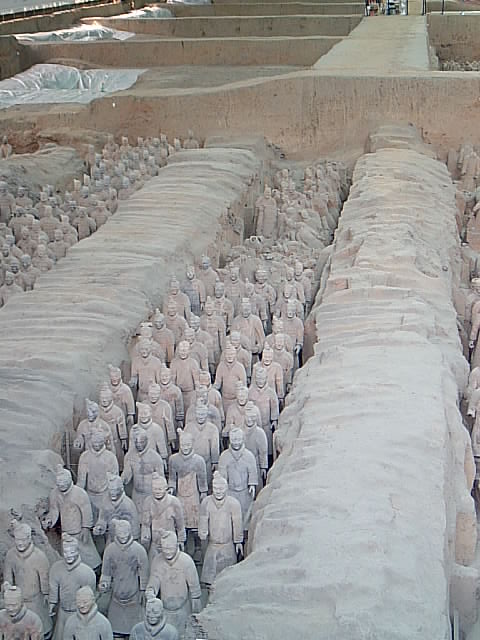 Just rows and rows of Warriors, and the building is just so big. 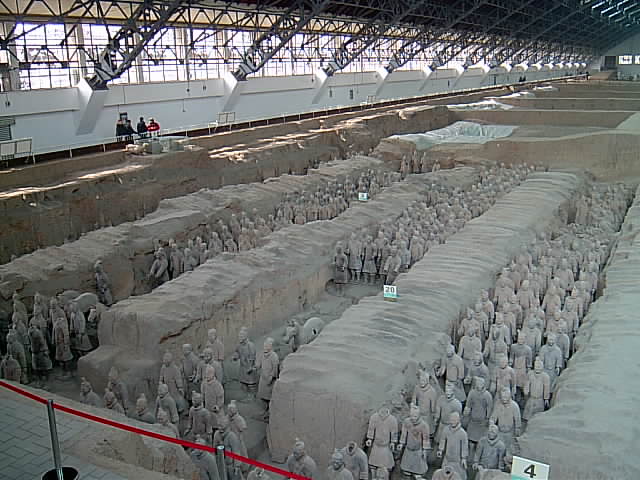 The gap in the warriors is where there was a chariot, the wood had rotted away.  There was one horse and the others were being restored. 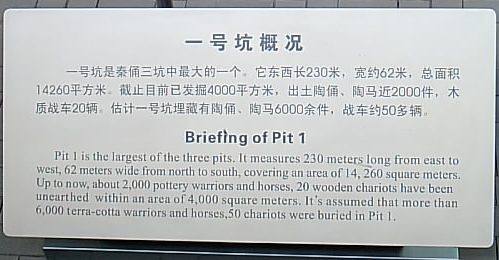 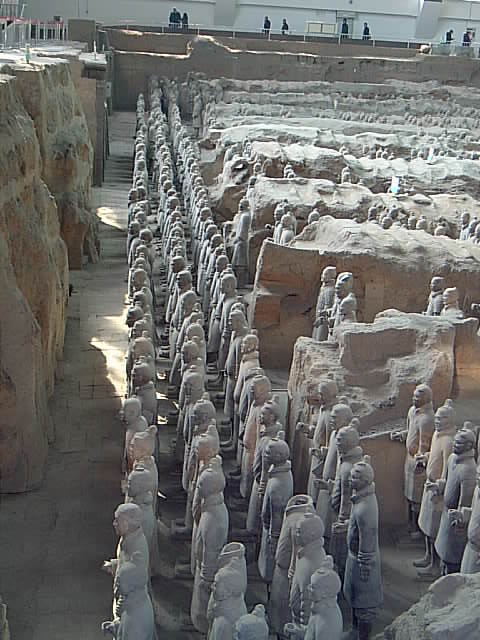 After the Terracotta Warriors we flew back to Bajing where we went aboard our ship the Diamond Princess to start our cruise.